Pence: America's days of helping rebuild China 'are over' 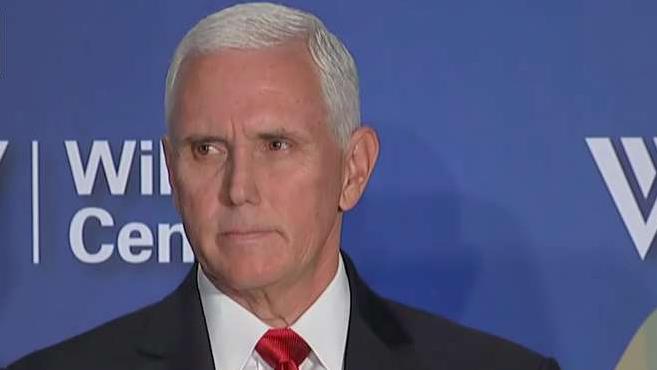 he says have fallen under the country's thumb.
Continue Reading Below
Pence also praised President Trump's policies regarding the world's second-largest economy, which he said will ultimately benefit both China and the U.S., throughout remarks at the Wilson Center in Washington, D.C., 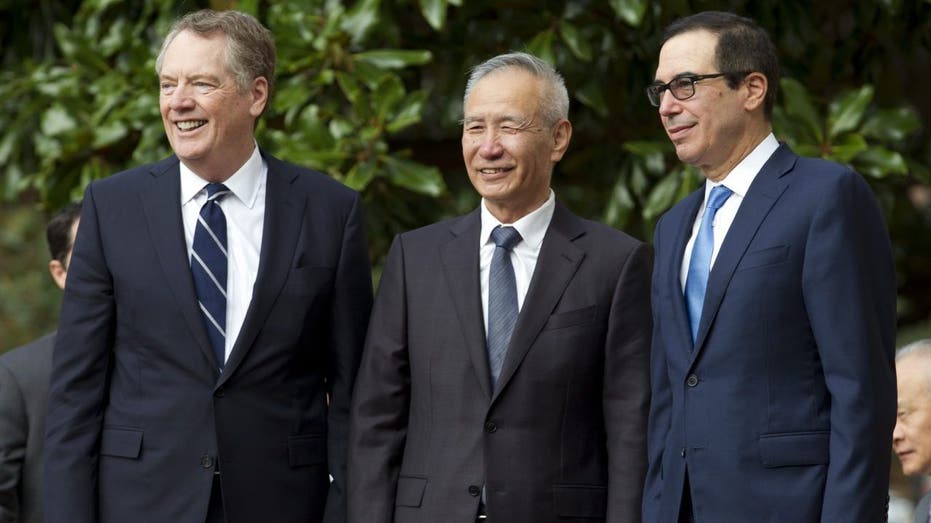 Chinese Vice Premier Liu He, accompanied by U.S. Trade Representative Robert Lighthizer, left, and Treasury Secretary Steven Mnuchin, greets the media before minister-level trade meetings in Washington on Oct. 10, 2019. (AP Photo/Jose Luis Magana)
"No president before has so vigorously advanced America's interests in our relationship with China," Pence said, calling the country a "strategic and economic rival."
The speech followed China's passage of a new law that it says will protect the intellectual property rights of foreign businesses, an issue that has been a driving concern in Trump's trade war with the country. The U.S. has imposed tariffs on billions of dollars in Chinese imports to pressure Beijing to give American businesses greater access and stop the forced transfer of trade secrets as a condition of doing business.
The vice president criticized a litany of other Chinese actions, including the treament of Uighur Muslims and other religious minorities, construction of a surveillance state, lack of free trade and its approach to protesters in Hong Kong.
"We've spoken out for the people of Hong Kong," Pence said, praising Hong Kong authorities' recent withdrawal of an unpopular extradition bill that sparked months of chaotic protests.

Pence also berated U.S. organizations he said are cozy with China, including the NBA, which he said was acting like a "wholly owned subsidiary" of President Xi Jinping's regime.
"Some of the NBA's biggest players and owners, who routinely exercise their freedom to criticize this country, lose their voices when it comes to the freedom and rights of other people," Pence said, referencing the NBA's crisis of conscience after clamping down on Houston Rockets general manager Daryl Morey.
"Fight for Freedom. Stand with Hong Kong," Morey tweeted and then deleted after intense pressure earlier in October.
GET FOX BUSINESS ON THE GO BY CLICKING HERE
Source: Read Full Article