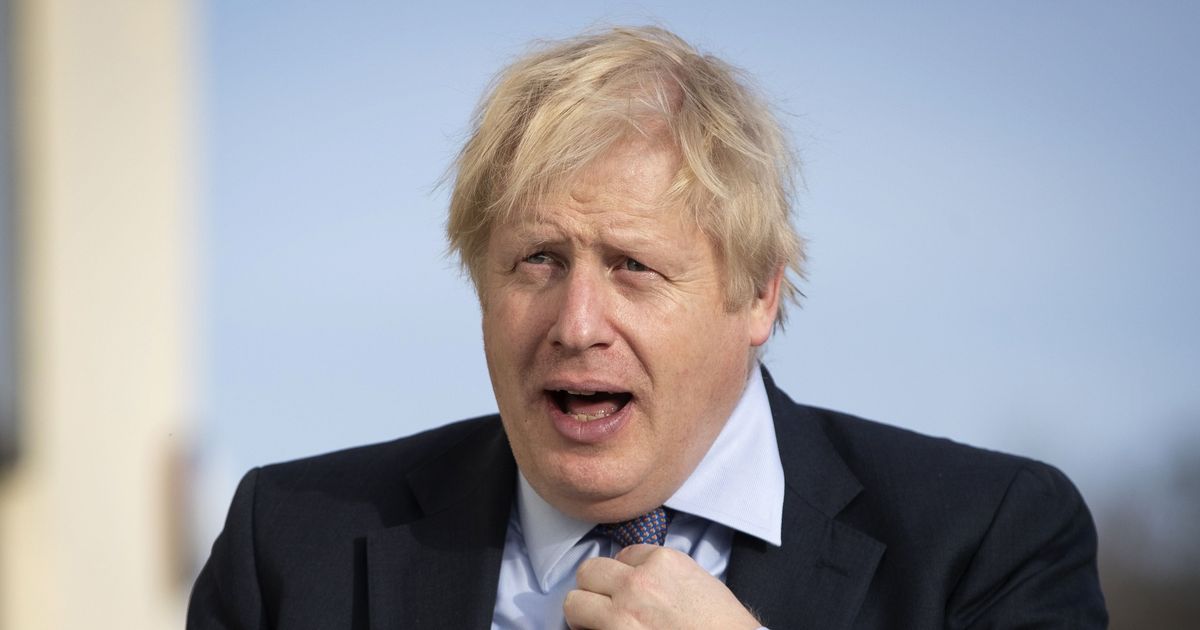 Boris Johnson’s dad Stanley showed up at Channel 4 after his son was replaced by an ice sculpture after refusing to take part in a debate on the climate.

I’m A Celeb star Stanley, 79, turned up alongside the PM’s pal Michael Gove in an attempt to “argue their way” onto the programme.

Johnson had refused to take part, as had Brexit Party boss Nigel Farage – with both being replaced by melting ice sculptures.

Gove and Stanley are said to have turned up at the event – but the rest of the party leaders, including Jeremy Corbyn and Jo Swinson declined to let them take part in the debate.

Despite the PM refusing to take part, former environment secretary Gove attempted to claim the party leaders were “too scared” to debate the Tories.

The fuming Conservative Party has now lodged and Ofcom complaint against Channel 4 – arguing the ice sculpture stunt is part of “bias”.

Gove and Stanley were pictured attempting to talk their way onto the debate stage at Channel 4.

“They were lovely and charming, but neither are the leader.”

He added Stanley had been invited to the debate, but he then offered to “take his son’s place”.

After the stunt, the Conservative Party sent a letter to Tim Suter, chairman of the Ofcom Election Committee.

It said this "is part of a wider pattern of bias by Channel 4 in recent months".

It ends: "I would be grateful if Ofcom could consider this matter with due urgency.

"If Ofcom takes the view that this matter could not be considered until post-broadcast, I would request that this complaint is assessed subsequent to the broadcast, given the unfortunate precedents that Channel 4's actions may set."

The letter was sent by Lee Cain, on behalf of the Conservative Party.

“We look forward to welcoming Mr Gove another time."

The Tories’ letter adds: "The Conservative Party has offered senior Cabinet Minister, Michael Gove (the Chancellor of the Duchy of Lancaster and formerly the Secretary of State for Environment, Food and Rural Affairs) to be the representative of the Conservative Party.

"Channel 4 News has refused to accept this representative, and stated that they intend to 'empty chair' the Conservative Party if the Prime Minister does not attend.

“This effectively seeks to deprive the Conservative Party of any representation and attendance at the Channel 4 News debate."

It added: "It has even been reported that Channel 4 has commissioned an ice sculpture of the Prime Minister to represent the Conservative Party.

"Were this the case, this would represent a significant breach of the Code through such a provocative partisan stunt, which would itself constitute making a political opinion in its own right."

A Tory source told BuzzFeed: "If we are re-elected we will have to review Channel 4's Public Services Broadcasting obligations."

General Election: Who will you vote for?

A Conservative spokesman said: "We are deeply disappointed that Channel 4 News has conspired with Jeremy Corbyn to block the Conservatives from making the case for tackling climate change and protecting the environment in this evening's debate.

"Under this Government the UK was the first advanced economy in the world to legislate for a net zero target and we've reduced emissions faster than any other advanced economy while continuing to grow our economy."

He added: "Broadcasters have important responsibilities to present a balanced debate representing all parties, and Michael Gove was well qualified to represent the Conservative position at this evening's debate."

Meanwhile, Johnson has also been accused of ducking an interview with veteran BBC broadcaster Andrew Neil.

BBC bosses have faced heavy criticism for failing to tie down the PM before going ahead with other interviews.

Labour leader Corbyn faced grilling which was later branded a car crash after he refused to apologise after failing to apologise for anti-semitism in the party and costings of their plans.

It was only after, the BBC admitted that it had yet to confirm a date with Johnson.

And then today the Tory leader was asked multiple times if he would face the same grilling, but he dodged the question.

It is the latest drama to hit the campaign trail ahead of the General Election on December 12 – with current polls predicting the Tories will walk away with a majority of 68.