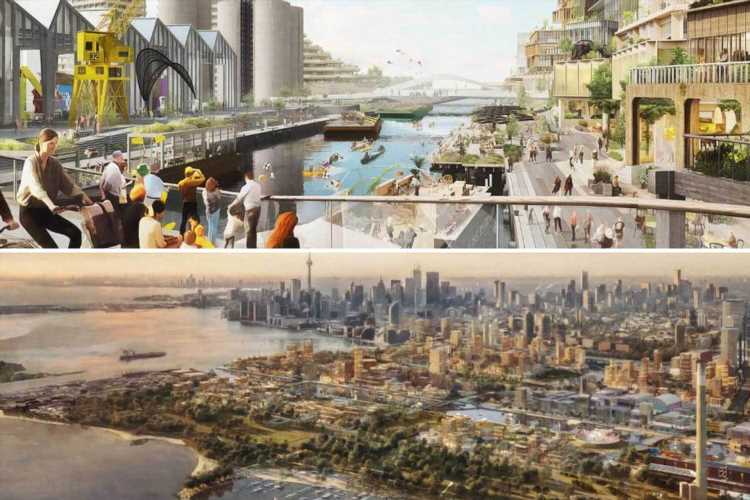 GOOGLE has been given the green light to create a smart city in a disused area of Toronto, Canada.

However, the controversial futuristic site will have to be on a much smaller scale than what was requested.

The project is actually the brainchild of Google-affiliate urban innovation company Sidewalk Labs.

It initially wanted to develop a 190-acre site but has been given permission for just 12 acres by Waterfront Toronto, the group which oversees the development area.

The project has proved controversial for a number of reasons including the fact Sidewalk wanted to put data collecting sensors around the city that it would oversee.

This data collecting proposal was rejected. 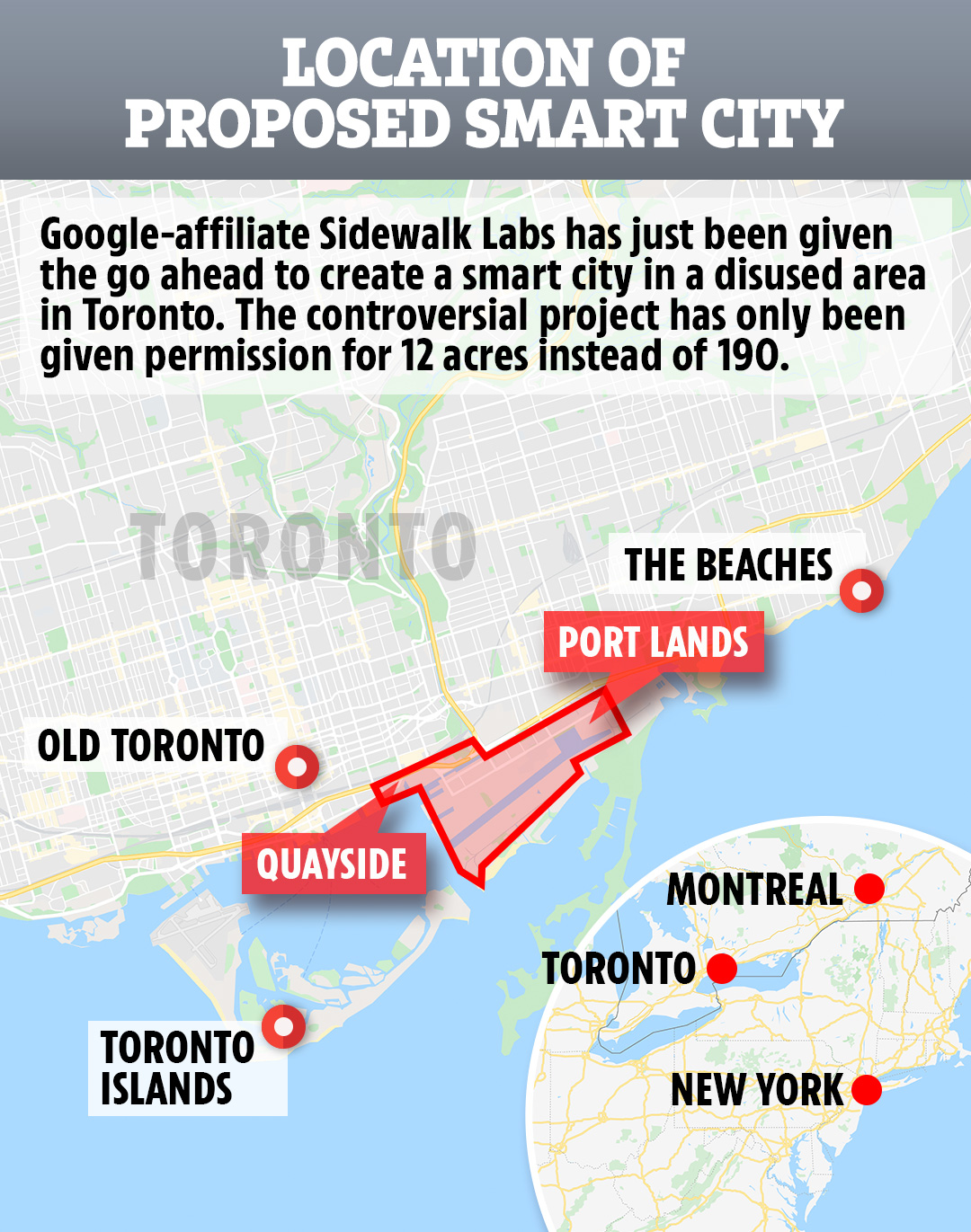 Other wacky features include heated roads and an underground delivery system.

A final formal evaluation of the project and public consultation is now set for March 2020, after which building could commence.

"We are working to demonstrate an inclusive neighbourhood here in Toronto, where we can shorten commute times, make housing more affordable, create new jobs, and set a new standard for a healthier planet."

Stephen Diamond, who chairs the Waterfront Toronto group, said in an open letter: "Let me be clear, this is not a done deal. There is still much work to do before a final decision.

"While a final board decision whether or not to proceed has yet to be made, we are pleased that we are now able to move to the evaluation stage on a project that has the potential to create new jobs and economic development opportunities, create a carbon-neutral neighbourhood and more affordable housing units."

Sidewalk Labs initially won a contract to develop the area in Toronto back in 2017.

It said it would provide a mix of offices, retail spaces, homes and high-tech solutions for urban problems like traffic and waste.

Some of the proposals were criticised by Waterfront Toronto for being "tech for tech's sake".

It disapproves of a technology company being involved in city governance and wants citizens to be consulted more.

It predicted it would create 44,000 direct jobs and house 5,000 people within three to four years.

It also said the district would cut greenhouse gases by 89% through innovative methods.

Here's what we could expect...

In other news, Britain’s first zero-carbon homes are powered by the Sun and warmed up by your body – but a three-bed costs £800,000.

Seaside towns have been urged to move inland as climate chaos now means a "retreat" is needed, top scientists have warned.

And, designs for the first "space hotel" have been revealed and they're as weird and futuristic as you would expect.

Do you want to visit the Google smart city? Let us know in the comments...