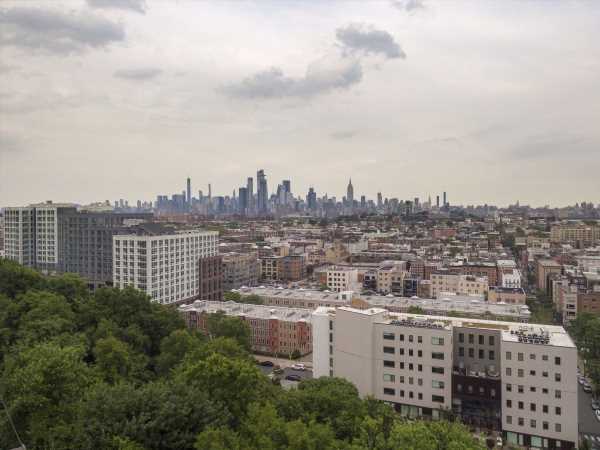 New Jersey’s cap on annual property-tax increases was supposed to control the highest such bills among U.S. states. It may have worked a little too well.

After almost 200 school districts this year lost a total $281 million in state aid, some administrators faced major budget shortfalls. But their hometowns could do little to help: They’re bound by a 2010 law that says property taxes, which help fund education, can rise no more than 2% a year.

For some towns, that limit may be heading for the scrap heap. The state’s two highest-ranking Democratic lawmakers, Senate President Steve Sweeney and Assembly Speaker Craig Coughlin, are writing legislation to lift the cap for the toughest-hit schools so they won’t have to cut staff and make other sacrifices.

Governor Phil Murphy, a fellow Democrat, warns that exempting some towns would send homeowners’ bills back to the dark days of annual increases that sometimes topped 7%, causing the average resident’s bill to more than double from 1998 to 2018. He’s using the lawmakers’ pitch to renew his call for a millionaire’s tax and restoration of the sales tax to 7% — initiatives that the Democratic-dominated legislature has rejected since Murphy came to office in January 2018.

Homeowners, newly burdened by President Donald Trump’s $10,000 limit on state and local tax deductions, are caught in the political standoff. Meanwhile, educators are fretting about the future of a public-school system that is among the nation’s best-performing. Mayors are wondering how to fill the budget holes.

“It’s unfair to say the state doesn’t have any limitations on what they can do to municipalities, putting hardships on residents and then giving them no tools to escape the restrictions on them,” said Mayor Steven Fulop of Jersey City, where 2019-2020 school aid was cut by $27 million, the biggest dollar amount for any municipality. Next year, the state’s second-largest city expects $40 million less, Fulop said in an interview.

Changes to aid under the state School Funding Reform Act, planned through 2025, came after Murphy and legislative leaders in 2018 concluded that some districts were receiving excessive money, while others were shorted. New Jersey, though the fifth-smallest U.S. state, has 585 school districts whose costs are a leading property-tax driver.

Statewide in 2018, residential tax bills averaged $8,767, representing a less than 1% increase from a year prior. Though consolidating school districts holds potential savings, homeowners have largely resisted for fear of ceding local control.

At the same time, state audits have uncovered wasteful spending by some of the state’s 31 poorest districts, which get the bulk of state aid. One of them, Asbury Park — which spent more than $42,000 per pupil in 2017-18 — had lax financial oversight and maintained high spending even as enrollment dropped, according to an audit released on Nov. 13.

New Jersey’s new aid calculation was generous to Newark, the state’s largest city, which gained $25 million, and some other poor districts, including Paterson, Trenton and Passaic. In all, 367 districts — among them the wealthy enclaves of Summit, Westfield and Ridgewood — received a combined $281.2 million increase. Ten districts saw no change. The losers were 198 mostly middle-class districts whose help was cut by a total of $90.2 million.

Roosevelt, founded in 1937 as a New Deal-era cooperative for immigrant garment workers, lost 15% of its state school aid. The town’s 80-student school shed its sixth grade. Administrators briefly considered selling its beloved fresco, by Social Realist artist Ben Shahn, but that was forbidden by the federal government, which had commissioned the piece.

The aid cuts, amounting to about $140,000 annually, may force the school to close within three years, according to Mary Robinson Cohen, the superintendent and principal. In an interview, she and the business administrator, Bernard Biesiada, said they worry about rising special-education costs and unexpected repair bills, the most recent for dripping water.

Sweeney, the Senate president, supported the 2% property-tax cap under Republican Governor Chris Christie and agreed to the school aid shake-up under Murphy. But some towns need a workaround, he said.

“School districts have been asking for flexibility,” Sweeney said in an interview. “It’s not doing away with the cap, and it’s not raising taxes.”

The governor, in a statement, said the plan required taxpayers “to again take it on the chin,” and he called for hismillionaire’s tax and a reversal of Christie’s sales-tax maneuver, which cut the 7% rate to 6%. Senate Minority Leader Tom Kean Jr., a Republican from Westfield, said voters in some towns have rejected exceeding the 2% tax cap for school improvements.

“They’re sending a very clear message that they’re at the limit of what they can afford,” Kean said in a statement. “Lifting the property tax cap is not the answer.”

Tiny Frenchtown, with fewer than 1,400 residents along the Delaware River, lost 23% of its aid, the biggest percentage drop among all municipalities. The district is considering staff and curriculum cuts, according to Mayor Brad Myhre, a Republican serving his second term. Homeowners came out recently for a silent auction and a fashion show to benefit the school, he said, but he can’t guarantee that they would embrace tax bills above the 2% annual cap.

“Our voters are very passionate about the school,” Myhre said in an interview. “But at the end of the day, people are very stretched in terms of their budget.”