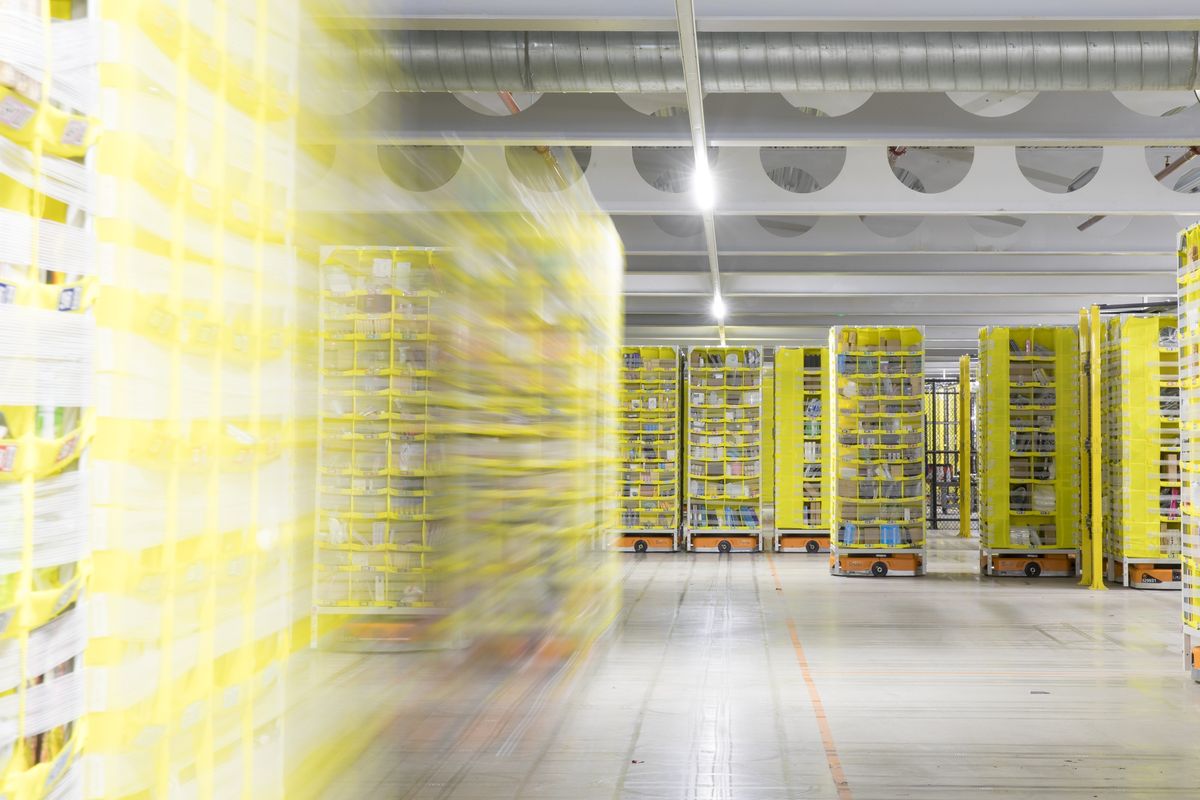 Amazon.com Inc.’s stock had the biggest advance on the S&P 500 Index after the e-commerce giant said its holiday season this year was “record breaking,” with billions of items shipped and “tens of millions” of Amazon devices like the Echo Dot sold.

Shares of the Seattle-based company rose as much as 3.4% in low-volume trading the day after the Christmas holiday, for the biggest gain on the S&P 500 Index. Department-store stocks including Nordstrom Inc., Macy’s Inc. and J.C. Penney Co. also advanced.

Amazon didn’t release specific sales figures, but its statement backs up broader reports that shopping — particularly of the online variety — picked up this year. Web sales in the U.S. during the holiday season grew almost 19% compared to last year, according to Mastercard Spending Pulse data, which tracked sales from Nov. 1 to Dec. 24. That’s more than five times greater than overall holiday sales growth, which was 3.4%. Online sales now make up almost 15% of total retail sales during the holiday, according to Mastercard.

“E-commerce has become a critical piece of any retailer’s operations,” Steve Sadove, senior adviser to Mastercard and former CEO of Saks Inc., said in an interview. “You have to be an omnichannel retailer.”

The holiday season generates about a fifth of retailers’ revenue each year in the U.S., according to the National Retail Federation. It can be even higher for specialized companies like toy and game stores.

Big-box chains likeTarget Corp. and department stores like Macy’s are broadening their digital offerings with options like buying online and picking up in store, or BOPIS. While Mastercard data showed that overall sales for department stores declined 1.8% in the holiday period, e-commerce sales grew 6.9%. Specialty apparel, jewelry and electronics also registered e-commerce growth.

While e-commerce sales look strong this holiday season, returns could end up taking away some of the shine, Sadove said. Customers could end up sending back goods worth as much as $41.6 billion to retailers, according to an estimate fromCBRE Group Inc., the Los Angeles-based provider of real estate services. That would represent the stardard rate of online retail returns of 15% to 30%, CBRE said in a Dec. 19 statement.

Most retailers will report their fourth-quarter results in February. Some companies, likeTiffany & Co., provide updates on their year-end performance ahead of the full report.