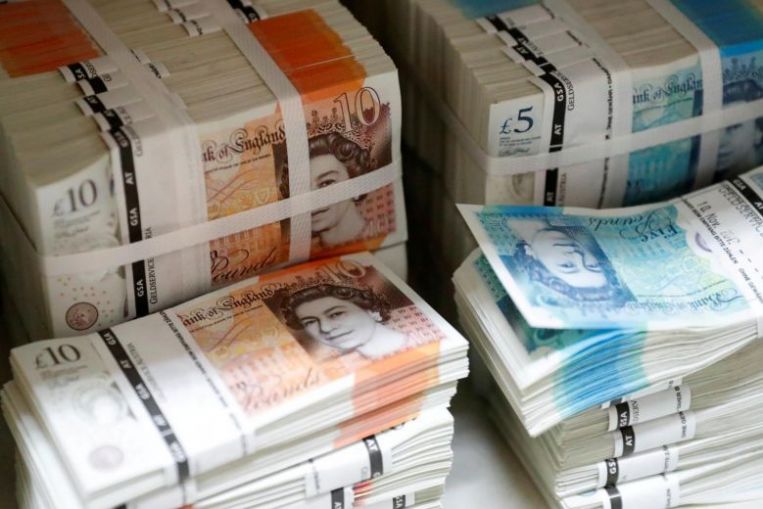 LONDON • The pound rallied yesterday to multi-year highs as British Prime Minister Boris Johnson’s Conservative Party won a decisive election victory that gives him the mandate to pull Britain out of the European Union next month.

The Singdollar also strengthened against the US dollar yesterday, with the greenback trading up 0.4 per cent at $1.3520 from its close of $1.3574 on Thursday.

The pound has been climbing in recent days as investors grew confident of a Conservative Party majority, but the scale of the victory suggested by exit polls sparked a huge rally in the currency.

Sterling’s dramatic gains saw it reach a 19-month high versus the US dollar and its strongest levels against the euro since shortly after the 2016 Brexit referendum.

Against the euro, the pound rose as high as 82.80 pence, up more than 2 per cent. The pound traded around 76 pence per euro before the June 2016 Brexit vote.

The pound could move towards US$1.37 as investors who have avoided British assets in recent years return, said Mr Peter Kinsella, global head of foreign exchange strategy at UBP, although analysts cautioned that the wind behind the pound was largely sentiment-driven rather than structural.

With 649 seats out of the total of 650 declared, the Conservatives are expected to have a majority of 78. It is the biggest Conservative national election win since Mrs Margaret Thatcher’s 1987 triumph.

Mr Johnson’s majority gives him the power to get his own way on Brexit, especially if he needs extra time to negotiate with the EU.

He has said he will start to push legislation through Parliament before the end of the year to meet the current departure date of Jan 31.

Political uncertainty has dogged the performance of British assets and the pound since the referendum, as investors fretted about the damage a departure from the EU would cause the British economy.

Market enthusiasm for a Conservative victory under Mr Johnson contrasts with the summer, when the pound slumped as investors worried that Britain was headed for a disorderly and economically damaging no-deal Brexit under his leadership.

“Unfortunately, the three years of the tumultuous Brexit process, coupled with ongoing global trade tensions, have inflicted… damage to the UK economy,” they said in a note. Gross domestic product has slowed to 1 per cent year on year, the weakest annual growth rate since 2010, they added.

They thus expect the Bank of England to keep the policy rate unchanged at 0.75 per cent at their next policy meeting next Thursday.

The pound faces more volatility next year as Mr Johnson confronts the tough task of negotiating a future trade agreement with the EU, possibly in just 11 months.

“The biggest hope from an economic perspective will be clarity over Brexit in the near term, which should prompt a modest recovery in activity,” said UBS Wealth economist Dean Turner. “However, Brexit isn’t yet really ‘done’, and attention will quickly turn to the future trade relationship. This phase looks set to be every bit as difficult as the last.”

• With additional information from The Straits Times