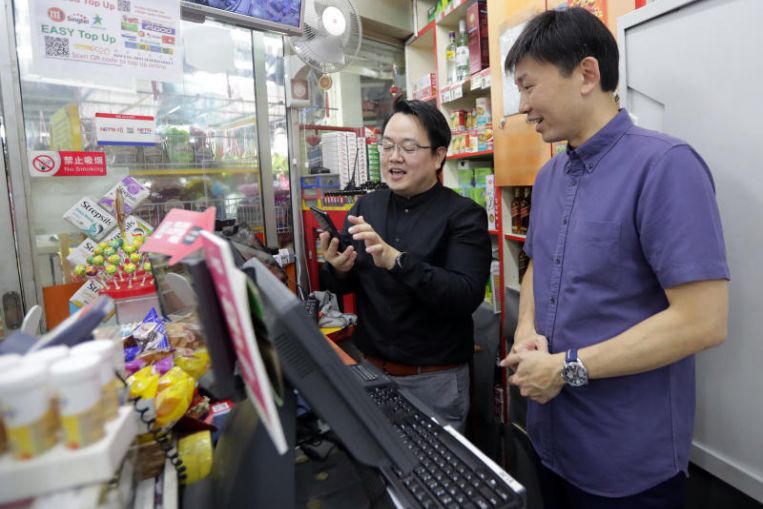 SINGAPORE – The move to revitalise the heartland retail scene is well under way, with ambitious plans by Heartland Enterprise Centre Singapore (HECS) to upgrade businesses and workers next year.

The centre, which was launched in June, aims to train at least 1,000 employers and workers and help 200 heartland enterprises better use technology in their operations, said Senior Minister of State for Trade and Industry Chee Hong Tat on Thursday (Dec 5).

Mr Chee spelled out the centre’s targets when speaking at the Singapore Heartland Enterprise Star Award 2019 event at Shangri-La Hotel.

The centre has trained more than 190 employers and workers, and helped more than 40 shops in the heartlands since July. It is working with merchant associations in Ang Mo Kio, Bedok Town Centre and Chong Pang City.

“The push to train employers and workers, help companies use technology and to work with more merchant associations will require hard work from both the centre and retailers,” Mr Chee said in Chinese.

The Government recognises that industry transformation is not easy, and has launched HECS to help companies become more productive, he added.

Mr Chee noted that there have been success stories so far, with companies such as AirCold, an electronics retailer in Chong Pang, setting up accounts on social media to drum up sales.

“AirCold has combined both of its online and brick-and-mortar operations, attracting more customers and sales,” Mr Chee said.

A study conducted in 2017 by the Federation of Merchants’ Associations, Singapore (FMAS) showed that the three key challenges faced by heartland businesses are changing consumer behaviour and needs, increased competition as well as the lack of knowledge to engage younger consumers.

The centre, supported by the FMAS, will work with merchant associations and government agencies to not only help modernise businesses and upgrade the workforce, but also improve public spaces and make each heartland area more distinct.

There are more than 15,000 heartland enterprises in 14 town centres in Singapore.