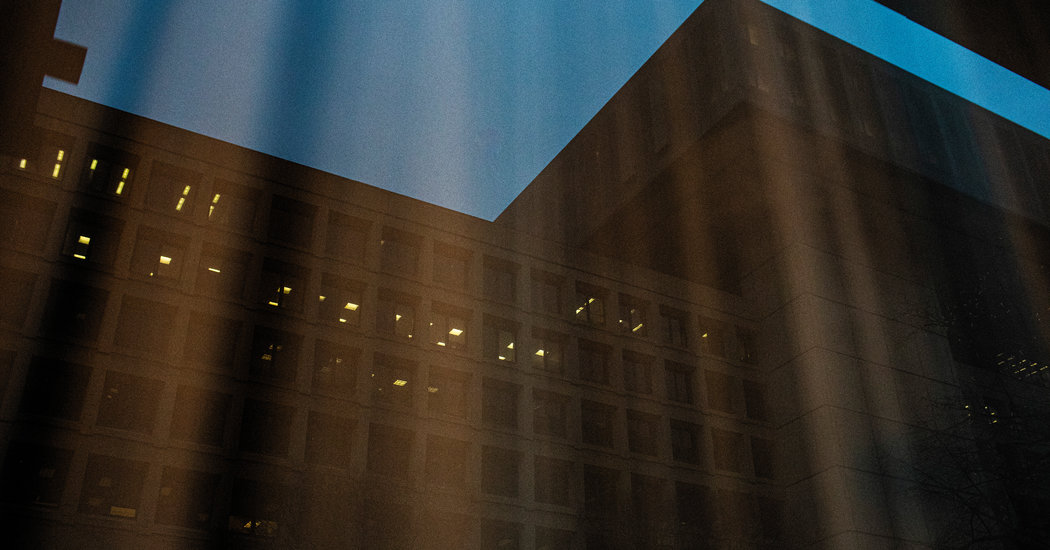 WASHINGTON — A secretive court that oversees national security surveillance has taken a step toward addressing dysfunction in the system detailed in a recent inspector general report, ordering the Justice Department to identify all cases that an F.B.I. lawyer heavily criticized in the report has worked on, according to an order made public on Friday.

Separately, the court announced that its presiding judge, Rosemary M. Collyer, is stepping down nine weeks earlier than planned for health reasons. Chief Justice John G. Roberts Jr. of the Supreme Court has selected Judge James E. Boasberg to succeed her in that role in the new year. He will be the first judge appointed by a Democrat to lead the Foreign Intelligence Surveillance Court since 1995.

The developments underscored that the court has entered a period of turmoil and change after the report this month by the Justice Department inspector general that uncovered damning inaccuracies and omissions in applications to wiretap a former Trump campaign adviser, Carter Page.

The report has raised questions about the system by which the F.B.I. obtains wiretap orders and search warrants targeting suspected spies and terrorists under the Foreign Intelligence Surveillance Act, or FISA. The Justice Department must convince a judge on the FISA court that the target is probably an agent of a foreign power, and it is supposed to disclose any exculpatory information — not just facts that make the target look suspicious.

But the inspector general, Michael E. Horowitz, found that the F.B.I. cherry-picked and misstated the evidence about Mr. Page. Among the problems was that the law enforcement officials presented his long history of meeting with Russian intelligence officials but did not tell the FISA court that Mr. Page had sometimes told the C.I.A. about those meetings.

One of Mr. Horowitz’s most serious findings was that during the period when the Justice Department was preparing to seek its third renewal of the Page wiretap order in 2017, a lower-level F.B.I. lawyer assigned to assist the Russia investigation team, Kevin Clinesmith, misled a colleague by altering an email from the C.I.A. about its relationship with him.

Mr. Horowitz has referred his findings about Mr. Clinesmith, who has resigned from the F.B.I., to prosecutors. The Justice Department also informed the FISA court about the issue in classified filings in October and November, according to a newly declassified order. But the order, issued Dec. 5 and made public on Friday, indicated that the court wants more action.

Judge Collyer, as the presiding judge on the 11-member court, ordered the department to identify any other FISA applications that Mr. Clinesmith may have worked on. If there are any others, she said, the department or F.B.I. must explain what steps it would take to ensure every fact in them was accurate.

Judge Collyer also asked whether the Justice Department was referring the matter to Mr. Clinesmith’s bar association for potential disciplinary action, like losing his license. (He was not named in the inspector general report or in the newly declassified order, which is partly redacted, but people familiar with the Russia inquiry have identified him.)

A spokesman for the Justice Department, which had until Friday to respond, declined to comment. A lawyer for Mr. Clinesmith did not immediate respond to a request for comment. 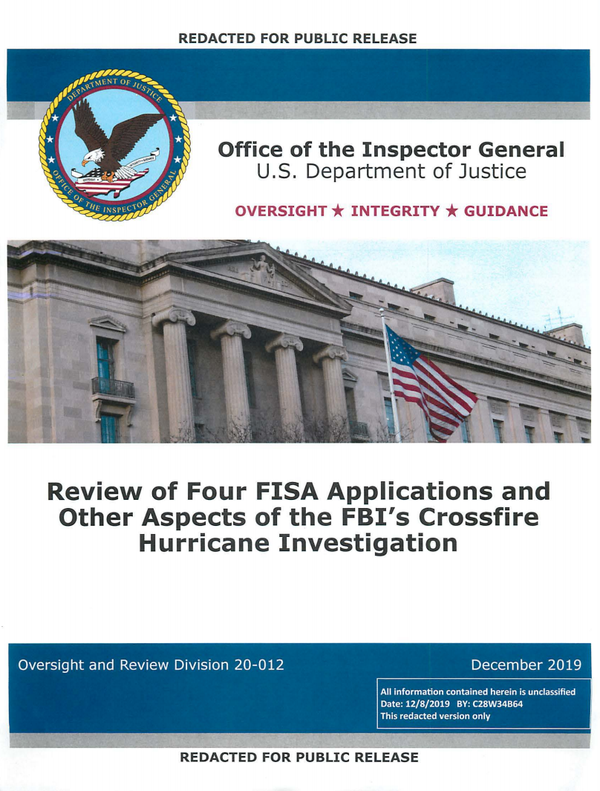 Read the Inspector General’s Report on the Russia Investigation

The Justice Department’s inspector general released this report on the early stages of the F.B.I.’s Russia investigation.

In another order this week, after Mr. Horowitz released his report, Judge Collyer rebuked the F.B.I. and demanded a proposal by Jan. 10 for an overhaul to ensure the accuracy of every court filing.

The two orders may end up being her last major actions as the court’s presiding judge. Although her tenure was set to end on March 7, when her term on the court would also end, she will step down at the end of this month and Judge Boasberg will take over in that role, the court said on Friday. Judge Collyer will serve as a regular FISA judge for the duration of her term.

In recent days, Judge Collyer has been drawn into the partisan fighting over the Russia investigation, as some Republicans and allies of President Trump have criticized her for waiting until Mr. Horowitz delivered his findings before intervening in the Page FISA dispute.

Judge Collyer’s decision to step down from her presiding position nine weeks early stems from health problems and is unrelated to the Page wiretap controversy, said David Sellers, a spokesman for the FISA court.

While the 10 regular FISA court judges serve only once every 11 weeks — hearing routine wiretap applications for a week at a time — the presiding judge has constant administrative duties and tends to handle major issues that arise, like responding to the fallout from the inspector general report.

Chief Justice Roberts, in his role as the chief administrator of the judicial branch, selects which serving federal judges will sit for staggered, seven-year terms on the surveillance court. He also decides which of its 11 members will serve as its presiding judge.

Judge Boasberg was appointed to the United States District Court for the District of Columbia by President Barack Obama in 2011, and became a FISA court judge in 2014. He will be the first appointee by a Democratic president to serve as presiding judge since Judge Joyce Hens Green, a Carter appointee, completed her tenure in that role nearly a quarter-century ago.

President George W. Bush appointed Judge Collyer to the Federal District Court in the District of Columbia in 2002. Chief Justice Roberts placed her on the FISA court in 2013, then elevated her to its presiding judge in 2016. That same year, she took senior status — semiretirement with reduced duties — from her regular judgeship.