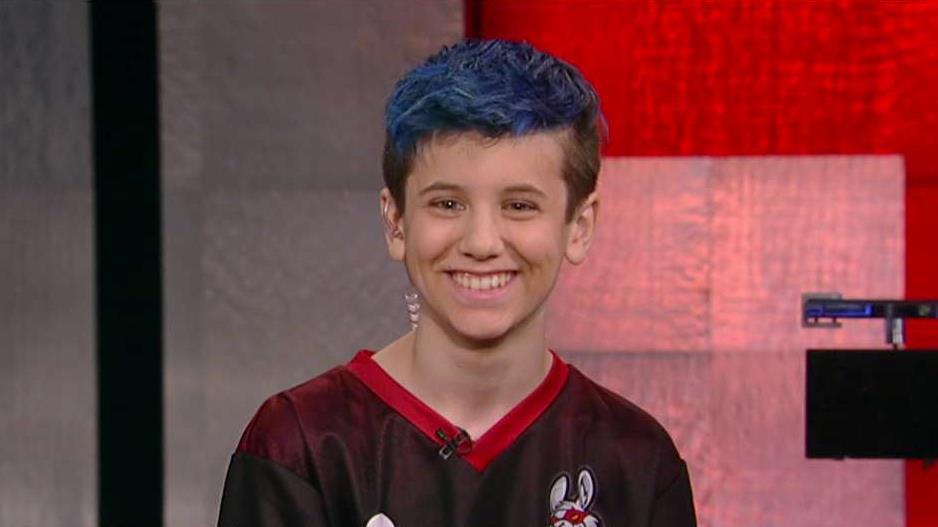 Teen Griffin Spikoski on his successful video game career and his future in the industry.

Executives behind the popular video game "Fortnite" are showing how much they care by teaming up with the nonprofit breast cancer organization Susan G. Komen for a fundraising campaign.

The effort is titled “Ribbon Race” and launched on Dec. 3 in time for Giving Tuesday, according to a report from industry news website Marketing Dive. It is the first video game-focused campaign of its kind for Susan G. Komen – which has organized its fundraising walk, Race for the Cure, since 1991.

This digital venture will include livestreamed speedruns through a special game mode known as Fortnite Creative. Marketing Dive summarized a speedrun as: “A gaming term that refers to playing through a game as quickly as possible and recording the gameplay and related commentary for others to watch.”

The livestreams will be hosted on Twitch and YouTube by video game influencers, such as SypherPK, BrookeAB, Symfuhny and TheFortniteGuy.

To encourage donations, the influential group will play on a custom map and challenge viewers to beat their speedrun record times.

The news of "Fortnite" joining forces with Susan G. Komen on an issue that some would call a women’s health concern comes five months after the Fortnite World Cup took place – which notably had no women competing in the tournament.

Professional e-sports organizations FaZe Clan and Gen.G were vocal about the lack of representation, according to an August report in tech news website The Verge.

“Women are competing in Fortnite at its highest levels. But despite that, women weren’t competing in the solos and duos events at the Fortnite World Cup,” the publication said.

The colorful first-person shooter is estimated to have a female playership of 35 percent, according to Tim Sweeney, the CEO and founder of Epic Games – the company that created "Fortnite."

Sweeney noted that this percentage is “unprecedented” when he was interviewed by the consumer tech news site Engadget in March.

CAN ESPORTS SAVE RETAIL?

Despite gender-based concerns from some organizations, e-sports is a newer industry that hasn’t been utilized much for philanthropic efforts.

The "Ribbon Race" collaboration between "Fortnite" and Susan G. Komen was created in partnership with the brand engagement agency RedPeg.

For 2019, the global e-sports market was projected to generate $1.1 billion in revenue, according to the gaming market research company Newzoo.