Adam Schiff: 'Dangerous' Trump Must Be Removed Because He Won't Put America First 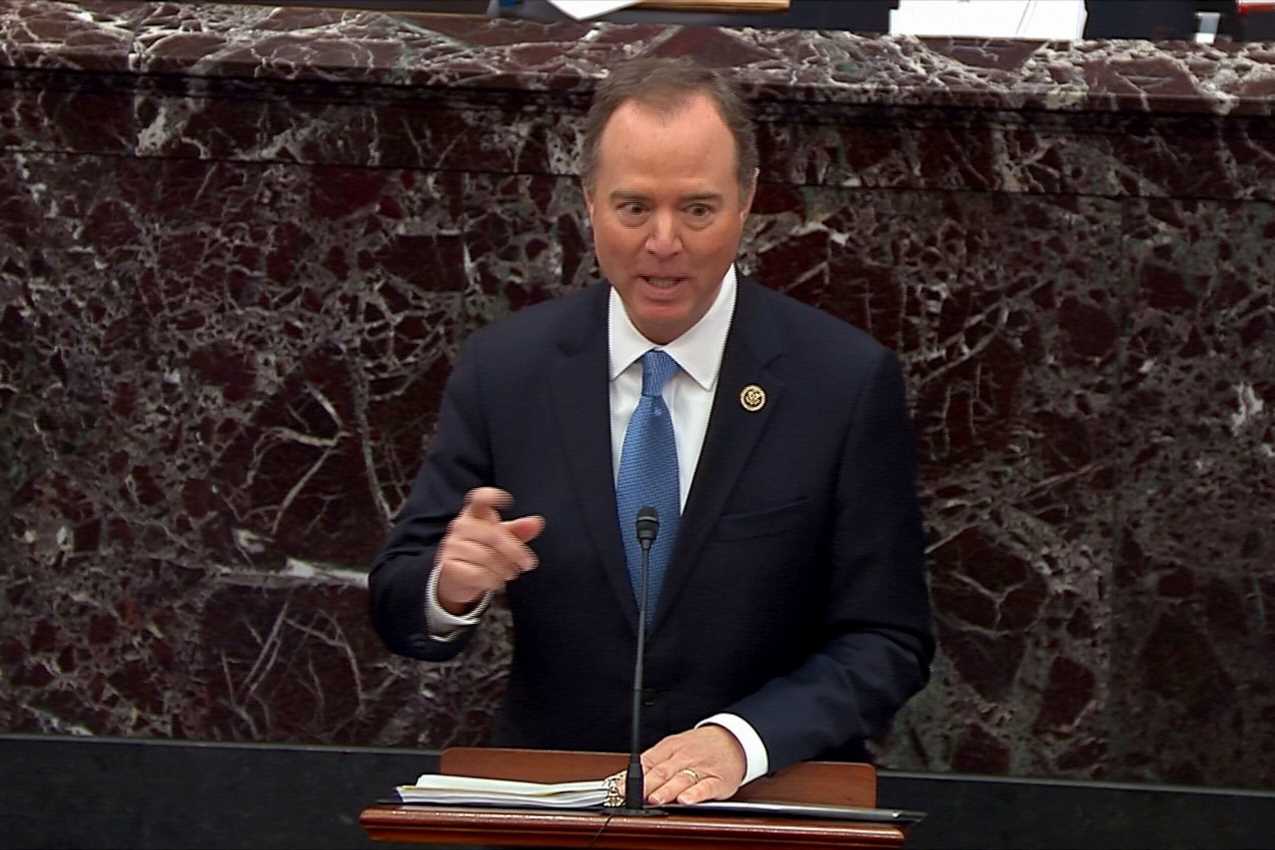 WASHINGTON ― House impeachment manager Rep. Adam Schiff (D-Calif.) delivered an impassioned appeal on the floor of the Senate on Thursday evening imploring Republicans to vote to remove President Donald Trump from office because he’ll put himself ahead of the nation’s interests.

Schiff said that no one was arguing in good faith that Trump wasn’t guilty of putting his personal political interests ahead of the interests of the United States when he withheld aid to Ukraine to pressure its government to smear a political rival. Schiff’s speech capped off the second full day in which the House impeachment managers made their case for forcing Trump out of the White House.

“He’s done what he’s charged with. He withheld the money, he withheld the meeting, he used it to coerce Ukraine to do these political investigations. He covered it up, he obstructed us, he’s trying to obstruct you, and he’s violated the Constitution,” Schiff said.

And even though Trump’s national security advisers told him that the idea that Ukraine interfered in the 2016 election was Russian propaganda, Schiff said he chose to believe personal attorney Rudy Giuliani and helped spread the falsehood.

If Russia tries to interfere in the 2020 election, Schiff said, Trump will choose his own personal interests over the interests of the country yet again.

“The American people deserve a president they can count on to put their interests first,” Schiff said. “The framers [of the U.S. Constitution] couldn’t protect us from ourselves if right and truth don’t matter. And you know that what he did was not right.”

“Right matters. And the truth matters,” Schiff said. “Otherwise we are lost.”

Democrats on the House impeachment team will resume their case Friday afternoon, and Trump’s team will launch its defense on Saturday.

But Republicans didn’t appear convinced by the idea that they couldn’t trust Trump to choose the national interest over his personal interests, such as his reelection.

“This president is the one that provided lethal aid to Ukraine. When I begged President Obama to do it, he wouldn’t do it,” Sen. Rob Portman (R-Ohio) said after Thursday’s Senate session, referring to the Obama administration’s refusal to send congressionally approved military aid to Ukraine in 2015.

Portman said that, although he did not believe Trump’s actions were appropriate, that was different from voting to remove him from office.

“Some of the things that were done were not appropriate… but that’s a very different question than removing someone from office who was duly elected in the middle of a presidential election,” he added.