Gov. Huckabee reacts to Dems slamming Trump for threats against Iran: 'Why can’t the left appreciate what this president has done?' 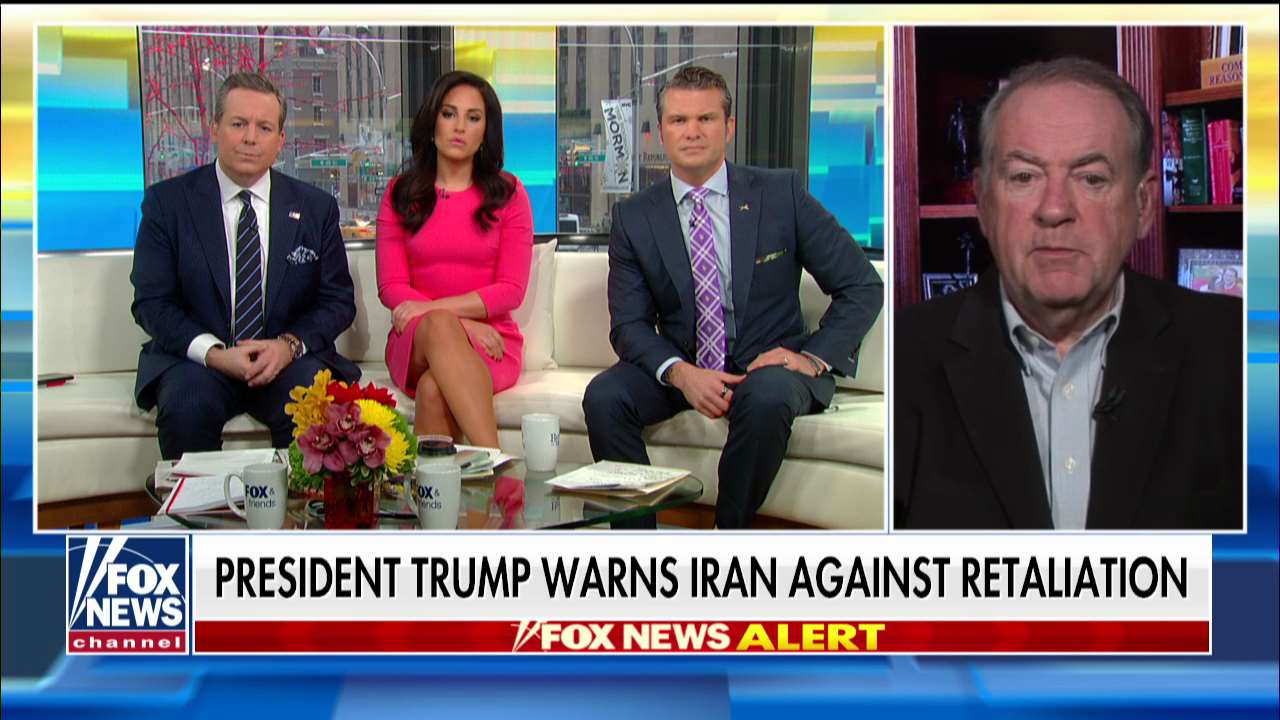 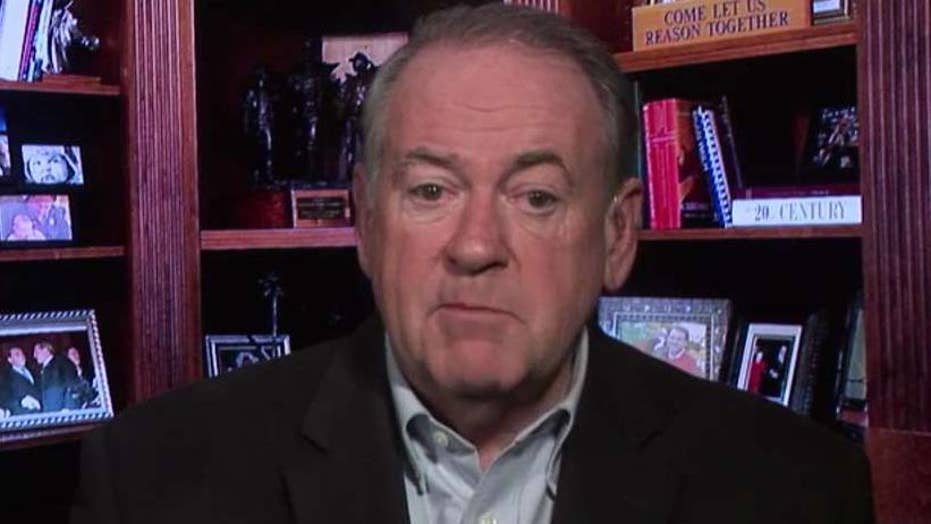 Former Arkansas Gov. Mike Huckabee reacted on Sunday to Democrats slamming President Trump for threats against Iran, asking, “Why can’t the left appreciate what this president has done?”

“This goon killed over 600 Americans directly responsible for tens of thousands, if not millions of deaths of Iranians and other people across the world,” Huckabee said Sunday.

“And for the Democrats and the media to be just mourning his death like he’s some kind of hero, I mean, this guy makes Charles Manson look like a Franciscan monk for heaven’s sakes.”

Outspoken Democrats wasted little time in denouncing President Trump's warning to Iran about possible retaliation for the U.S. airstrike that killed Soleimani and six others at Baghdad’s international airport.

For example, Rep. Alexandria Ocasio-Cortez, D-N.Y., answered by calling the president a “monster.”

“What was he [Soleimani] doing in Iraq driving around in a car from the airport? Was he cruising by to get a Sonic burger? No, he was there to carry on what he had already started and that was to attack the U.S. Embassy,” Huckabee said.

“The president ought to be applauded. And I can’t imagine what’s wrong with people if they want a country to be a loser country, a patsy, a country that always apologizes for being strong, then vote for these Democrats.”

“But I’m just beyond offended for the simple reason that when Barack Obama took out Osama bin Laden, we all celebrated it, Republican, Democrat, it was an American celebration to get rid of this guy that launched 9/11,” he continued. “Why can’t the left appreciate what this president has done? It’s beyond me.”

House Intelligence Chairman Adam Schiff, D-Calif., wrote in a tweet, “Soleimani was responsible for unthinkable violence and world is better off without him.”

“But Congress didn’t authorize and American people don’t want a war with Iran. All steps must now be taken to protect our forces against the almost inevitable escalation and increased risk.”

“Nancy Pelosi and all the Democrats were whining because they didn’t get notified. Can you have seen telling Adam Schiff in advance? He would have held a press conference and even given the coordinates of where the attack was going to take place,” Huckabee said on Sunday. “These people aren’t trustworthy.”

“But more than that, he did notify them in the 48 hours that was required,” he continued. “And I just want to mention that they would not have been happy even had he brought them into the Situation Room at the White House and let them see it all live. They would have said, ‘Well, the video quality wasn’t as good as the last cartoon we saw.’”

“These people are crazy. I’m sorry. But they’re crazy. They’ve lost their minds,” he went on to say. “They cannot accept anything the president does, even when it is in their and the Americans’ best interest.”

Brie Stimson contributed to this report.