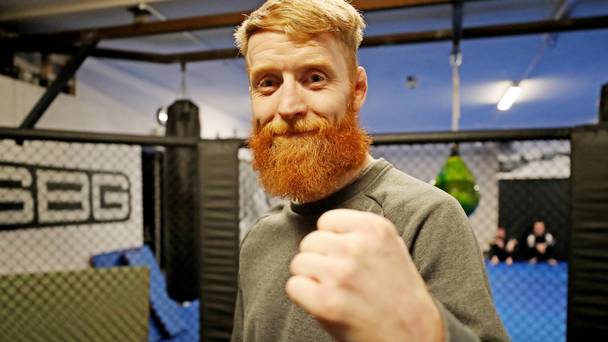 A SINN FÉIN councillor caught up in a series of controversial comments has now been suspended from the party.

South Dublin County Councillor Paddy Holohan, a former UFC fighter whose nickname is ‘Hooligan’, was forced to issue an apology yesterday after he called the Taoiseach “of Indian blood” on his podcast, and for saying he would prefer for the leader of the country to be a “family man”.

He said his comments were “misinterpreted” in a statement on Twitter.

“Leo Varadkar’s blood obviously runs to India, you know, so his great-grandfather is not part of the history of this country, you know what I mean.”

On a separate podcast published two days ago, Mr Holohan said he wanted a “family man” to run the country. Speaking yesterday, Sinn Féin leader Mary Lou McDonald told reporters that she was “satisfied” with his apology and will not be removing him from the party.

However more quotes have emerged today where he allegedly made controversial comments about women.

Sinn Féin issued a statement this afternoon to say that they’ve suspended the Tallaght councillor.

“Paddy Holohan has been suspended from Sinn Féin with immediate effect, and a disciplinary process has been initiated,” the party stated.

Speaking at a canvass today, Ms McDonald described the further comments which emerged today as “beyond offensive” and “very upsetting.”