Pompeo postpones visit to Ukraine amid tension in Baghdad 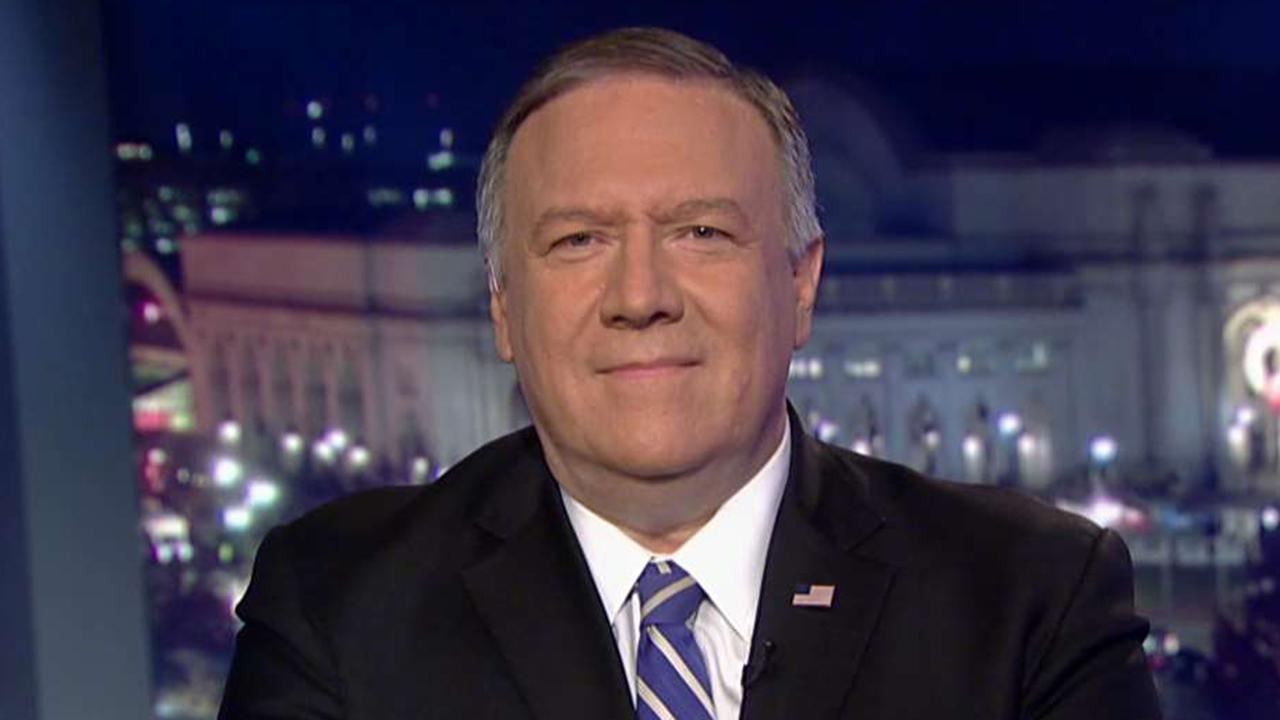 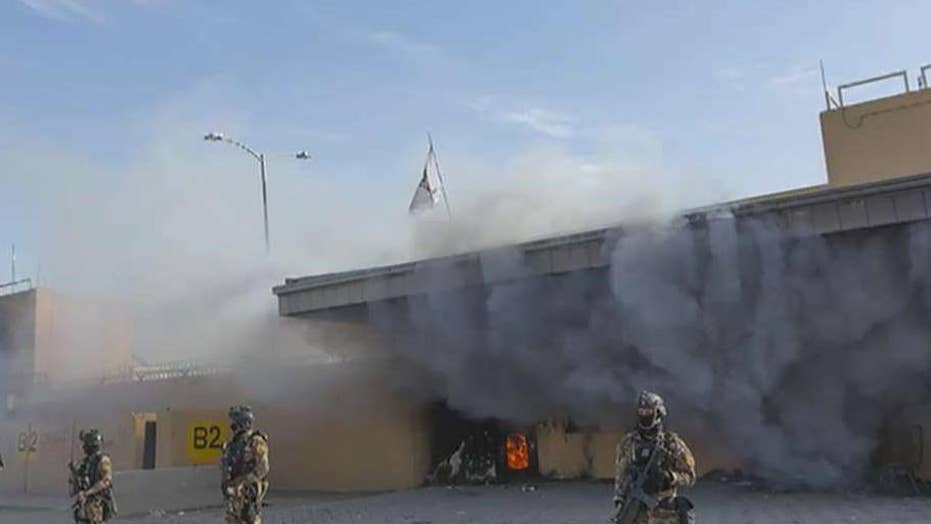 Secretary of State Mike Pompeo’s first overseas trip of 2020 has been postponed so he can remain in Washington and monitor violence in Iraq; State Department correspondent Rich Edson reports.

The State Department on Wednesday announced that Secretary of State Mike Pompeo has postponed his trip to Ukraine in order to monitor the situation in Iraq that saw an orchestrated assault by pro-Iran militants on the U.S. Embassy in Baghdad.

“Secretary Pompeo must postpone his visit to Ukraine, Belarus, Kazakhstan, Uzbekistan, and Cyprus due to the need for the Secretary to be in Washington, D.C., to continue monitoring the ongoing situation in Iraq and ensure the safety and security of Americans in the Middle East,” spokeswoman Morgan Ortagus said in a statement.

“Secretary Pompeo’s trip will be rescheduled in the near future and he looks forward to the visit at that time,” she said.

The crisis in Baghdad began Tuesday when hundreds of pro-Iranian militiamen and their supporters stormed the embassy, while others could be seen hurling rocks over the walls of the compound before U.S. troops responded by firing tear gas from the roofs of the buildings.

Some 100 U.S. Marines arrived at the embassy late Tuesday to bolster security as President Trump denounced the actions by protesters, vowing the situation in Baghdad “will not be a Benghazi” — in reference to the 2012 storming of the American diplomatic compound in Benghazi, Libya that resulted in four Americans killed.

Meanwhile, at least 750 paratroopers were set to deploy the region immediately, while roughly 4,000 paratroopers have been told to prepare for a possible deployment.

The Popular Mobilization Forces, an umbrella group of state-allied militias — many backed by Iran — called on its supporters to withdraw in response to an appeal by the Iraqi government, saying “your message has been received.”

UP TO 4,000 TROOPS COULD DEPLOY TO MIDDLE EAST AMID BAGHDAD UNREST: OFFICIALS

Pompeo was due to arrive in Ukraine on Thursday, in what would have been his first visit to the country at the center of President Trump’s impeachment. But he had indicated to Fox News' Mike Emanuel on Tuesday that he may have to delay the trip.

"Well, I'm hoping I can still fulfill those commitments. I'm headed to Ukraine and then to Central Asia and then on to Cyprus. But I'll make sure I'm in the right place to ensure that our people, the people, the State Department, that Americans are safe and secure in the Middle East," he said. "And if that means I have to change or delay my trip for a bit. That's what I'll do."

The House last month approved two articles of impeachment — accusing Trump of abuse of power and obstruction of Congress in relation to his July 25 phone call with President Volodymyr Zelensky. Democrats allege that Trump’s urging of Zelensky to launch investigations into allegations of Ukrainian interference in the 2016 election and former Vice President Joe Biden’s dealings in the country marked an attempted quid pro quo. Trump has denied the claims.

Pompeo was due to meet with Zelensky in Kiev, as well as Ukrainian religious, civic and business leaders to discuss issues including human rights and political reform.