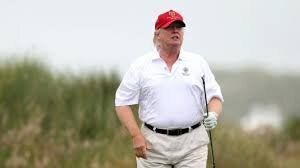 The Trump administration took steps Friday to cut down on healthful fruits and vegetables in school meals and allow more pizza, burgers and fries.

The move was announced by the U.S. Department of Agriculture on the birthday of Michelle Obama, who made healthier school lunches a signature goal when she was first lady.

The relaxed nutrition standards would allow schools more flexibility “because they know their children best,” the USDA said in a news release. The rules are intended to allow for more “appetizing” meals, according to a statement from Agriculture Secretary Sonny Perdue, which apparently means saltier, fattier and more processed.

Critics immediately slammed the move as a food industry boost that is bound to contribute to childhood obesity. The USDA is responsible for administering nutritional programs that feed nearly 30 million students at 99,000 schools. Children can get more than half of their daily calories from school meals.

If the rules are finalized, it would allow children to “choose pizza, burgers, French fries and other foods high in calories, saturated fat or sodium in place of balanced school meals every day,” Colin Schwartz, deputy director of legislative affairs for the Center for Science in the Public Interest, said in a statement.

The proposed rules announced Friday would allow schools to ignore current requirements to offer a variety of fruits and vegetables, and replace many of them with offerings including “meat and meat alternatives,” daily potatoes, pastries, granola bars, pizza and burgers.

Some of the foods would be offered for purchase à la carte, rather than as part of a standard school lunch or breakfast. The National Alliance for Nutrition and Activity said allowing such purchases could create a “giant junk food loophole” allowing children to buy high-fat, unhealthful foods each day.

Food nutrition was already reduced by the Trump administration in 2017 when the USDA began granting exemptions for whole-grain requirements, salt content and nonfat milk.

“The Healthy, Hunger-Free Kids Act of 2010 has been called one of the most important obesity-prevention policy achievements in recent decades,” Schwartz said. “Yet the Trump administration seems intent on sabotaging it. While there’s plenty of room to strengthen school nutrition further, these proposals taken together instead are basically aiming a flamethrower at it.”

The new regulations are expected to be posted next week and open for public comment for 60 days online at www.Regulations.gov.