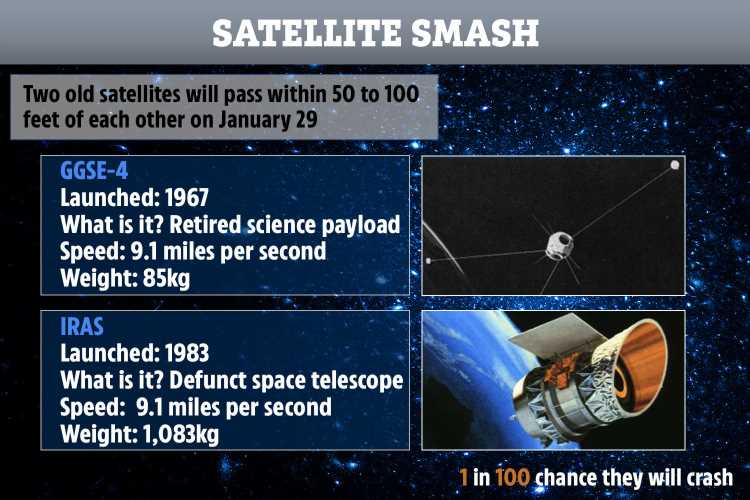 TWO satellites will make a nerve-shredding close approach to one another this evening, scientists have warned.

The high-speed space contraptions will meet 560 miles above Earth's surface and come within 50 feet of one another. 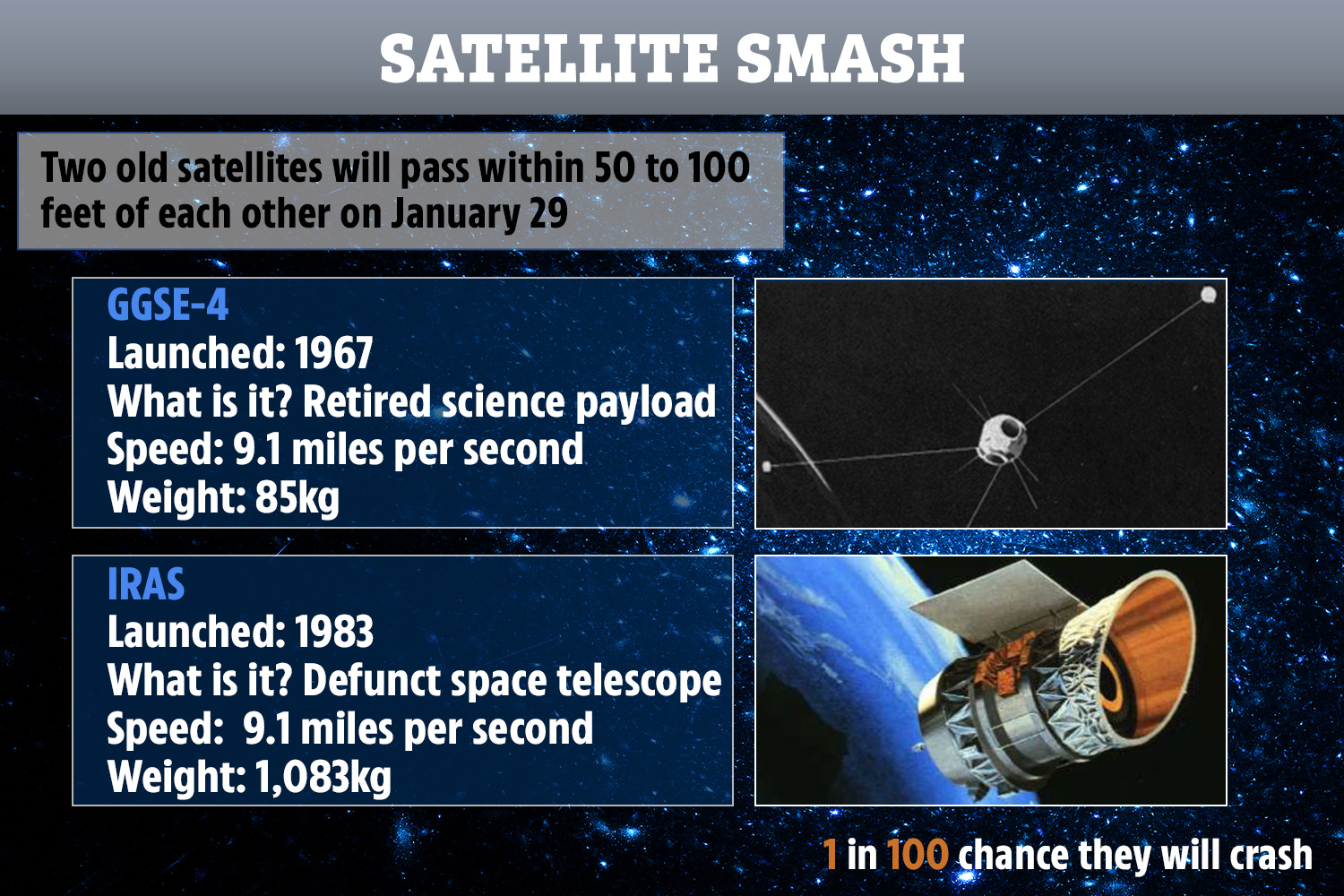 Satellite trackers say that IRAS – a dead space telescope – and the defunct science probe GGSE-4 have a one in 100 chance of colliding.

A crash would spray dangerous space debris across Earth's orbit that could damage other satellites.

"And if this does actually come to pass, there's potentially a large amount of debris that will be created.

"I would say this is one of one of the most dangerous possible collisions that we've seen for some time."

According to data from LeoLabs, a site that tracks the position of satellites, the spacecraft will pass at 11:39pm GMT on Wednesday.

They're predicted to zip within just 50 to 100 feet of each other.

Normally, those in charge of satellites perform evasive manoeuvres to avoid such collisions. 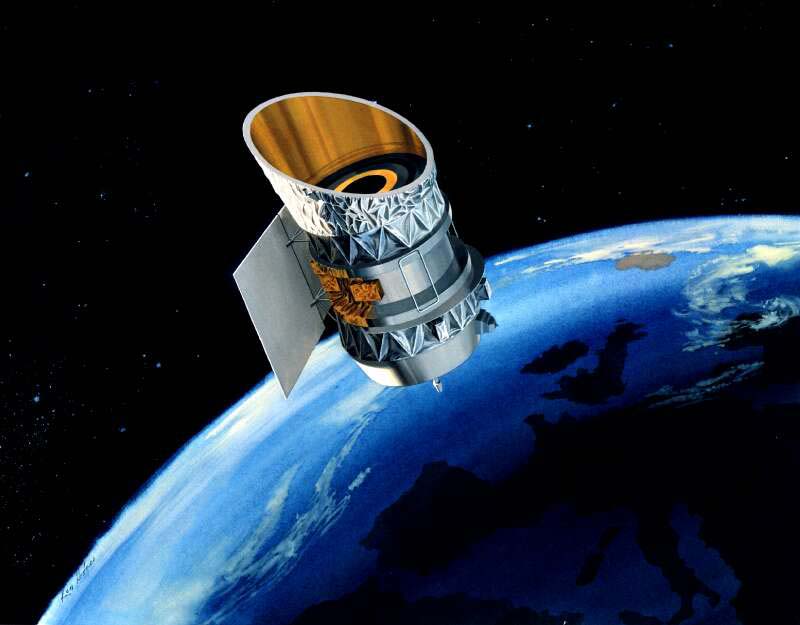 However, because both probes were decommissioned long ago, there's no way of communicating with them.

They're not lightweights either: IRAS weighs 1,083 kilos – more than your average hatchback – while GGSE-4 weighs 84 kilos.

Flying through space at nine miles per second (32,000mph), they could hit at some pace, too.

According to Professor Gorman, if the two spacecraft collide, the smaller of the pair will be completely obliterated. 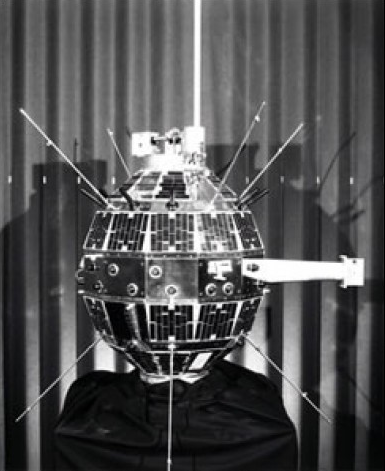 The larger satellite will survive intact, but will likely dump a load of space debris into orbit.

These fragments pose no threat to Earth, but could be a risk to other satellites.

"They're going to be colliding at an incredibly high speed," Professor Gorman said.

"At that speed, it's going to probably cause the smaller satellite to break up completely into smaller fragments.

"Each of those fragments becomes a piece of space debris in its own right.

"So you increase the number of pieces of space debris which increases the risk of colliding with a functioning satellite."

There's still a chance, of course that the satellites will not collide.

However, such collisions have happened in the past, and are expected to become more frequent as humanity continues to fill Earth's orbit with space gadgetry.

Terrifying space weapons of the future

Here are three of the scariest…

There are growing concerns that humanity could be trapped on Earth by too much junk in Earth's orbit.

A catastrophic clutter of space debris left behind by the satellites could block rockets from leaving Earth, an effect known as "Kessler syndrome".

"The worst case is: You launch all your satellites, you go bankrupt, and they all stay there," European Space Agency scientist Dr Stijn Lemmens told Scientific American last year.

"Then you have thousands of new satellites without a plan of getting them out of there. And you would have a Kessler-type of syndrome."

In other news, earlier this month a secret Russian spy satellite "exploded" in space – and it may have been deliberate.

Nasa recently revealed the design of a Moon lander that could take astronauts to the lunar surface in 2024.

The space agency has released an unusual image of the "bat-shaped" death explosion of a massive star.

What do you think will happen if the satellites collide? Let us know in the comments!