Airbus to pay $5.5b in worldwide bribery settlement cases 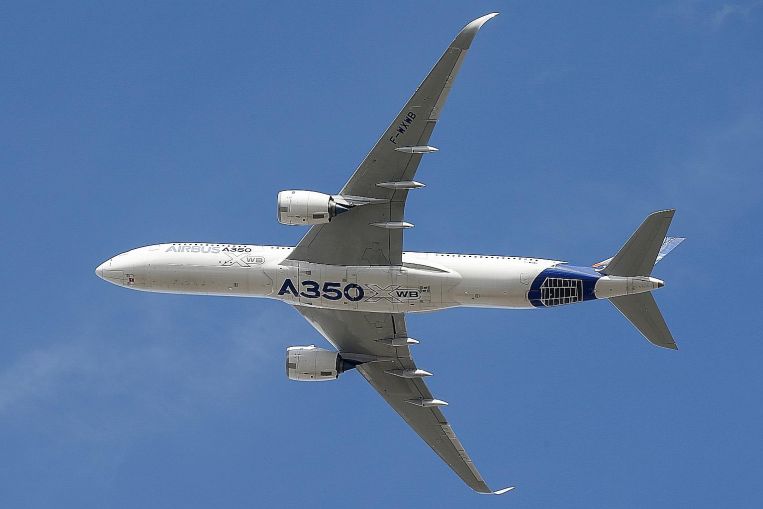 PARIS/LONDON/WASHINGTON • Airbus bribed public officials and hid the payments as part of a pattern of worldwide corruption, prosecutors said on Friday as the European planemaker agreed to a record US$4 billion (S$5.5 billion) settlement with France, Britain and the United States.

The disclosures, made public after a nearly four-year investigation spanning sales to more than a dozen overseas markets, came as courts on both sides of the Atlantic formally approved settlements that lift a legal cloud that has hung over Europe’s largest aerospace group for years.

AirAsia officials have strongly denied any wrongdoing in connection with the 2012 sponsorship agreement between the Caterham Formula 1 racing team and Airbus’ then parent EADS. The airline said yesterday it has “never made purchase decisions that were premised on an Airbus sponsorship”.

Said US District Judge Thomas Hogan about the case against Airbus: “It was a pervasive and pernicious bribery scheme in various divisions of Airbus SE that went on for a number of years.”

The deal, effectively a corporate plea bargain, means Airbus has avoided criminal prosecution that would have risked it being barred from public contracts in the United States and European Union – a massive blow for a major defence and space supplier.

Airbus, whose shares closed down 1 per cent, has been investigated by French and British authorities for alleged corruption over jet sales dating back more than a decade. It has also faced US inquiries over suspected violations of US export controls.

“In reaching this agreement today, we are helping Airbus to turn the page definitively” on corrupt past practices, said French prosecutor Jean-Francois Bohnert.

The US Department of Justice said the deal was the largest-ever foreign bribery settlement.

In a packed hearing at London’s Royal Courts of Justice, an Airbus lawyer said the settlements “draw a clear line under the investigation and under the grave historic practices”.

Outlining detailed findings, the UK’s SFO said Airbus had hired the wife of a Sri Lankan Airlines executive as its intermediary and misled Britain’s UKEF export credit agency over her name and gender, while paying US$2 million to her company.

Court filings in Britain and the United States outlined efforts to keep relationships and payments secret, including the use of code-names such as “Van Gogh” and payments described as “medications and dosages prescribed by Dr Brown”.

At the centre of the Airbus case was a decades-old system of third-party sales agents, run from a now-disbanded headquarters unit that at its height involved some 250 people and several hundreds of millions of euros of payments a year, sources familiar with the matter have said.

Airbus has said it halted payments in 2014 after discovering false statements on the use of agents to Britain’s export credit agency and later took its findings to UK authorities.

March 01, 2020
AT THE northern tip of Antarctica, 800 miles from the nearest pub, lies the world's most southerly Post Office – and they're hiring.Port Lockroy, a former British outpost and now an Antarctic research station, has no running water and lies on an isolated island about the size of a primary school playing field.A team of four adventurers live there for a few months each year tasked with running the Post Office and keeping an eye on the 2,000 gentoo penguins that inhabit the island.With workers bracing frigid -10C temperatures and sometimes going days without a wash, you might ask who'd be mad enough to take a job there.Step in Laura MacNeil: A librarian based in Edinburgh who describes her stint at Lockroy as a "once in a lifetime trip".Running the base's gift shop between November 2016 and March 2017, Laura, 40, admits she had a few tough moments at the site on Antarctica's Goudier Island.
"On a daily basis, everything's just a little bit harder th…
Post a Comment
Read more