Armoured car used in Cold War that is completely road legal could be yours for £20,000 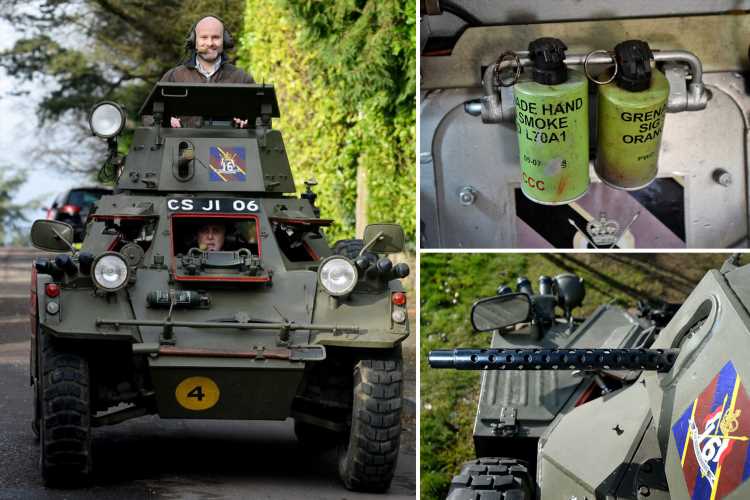 AN ARMOURED tank used in the Cold War that is completely road legal is set to go under the hammer for £20,000.

The Mark II Ferret comes with a replica machine gun and thick armoured plating which can protect drivers from landmine explosions. 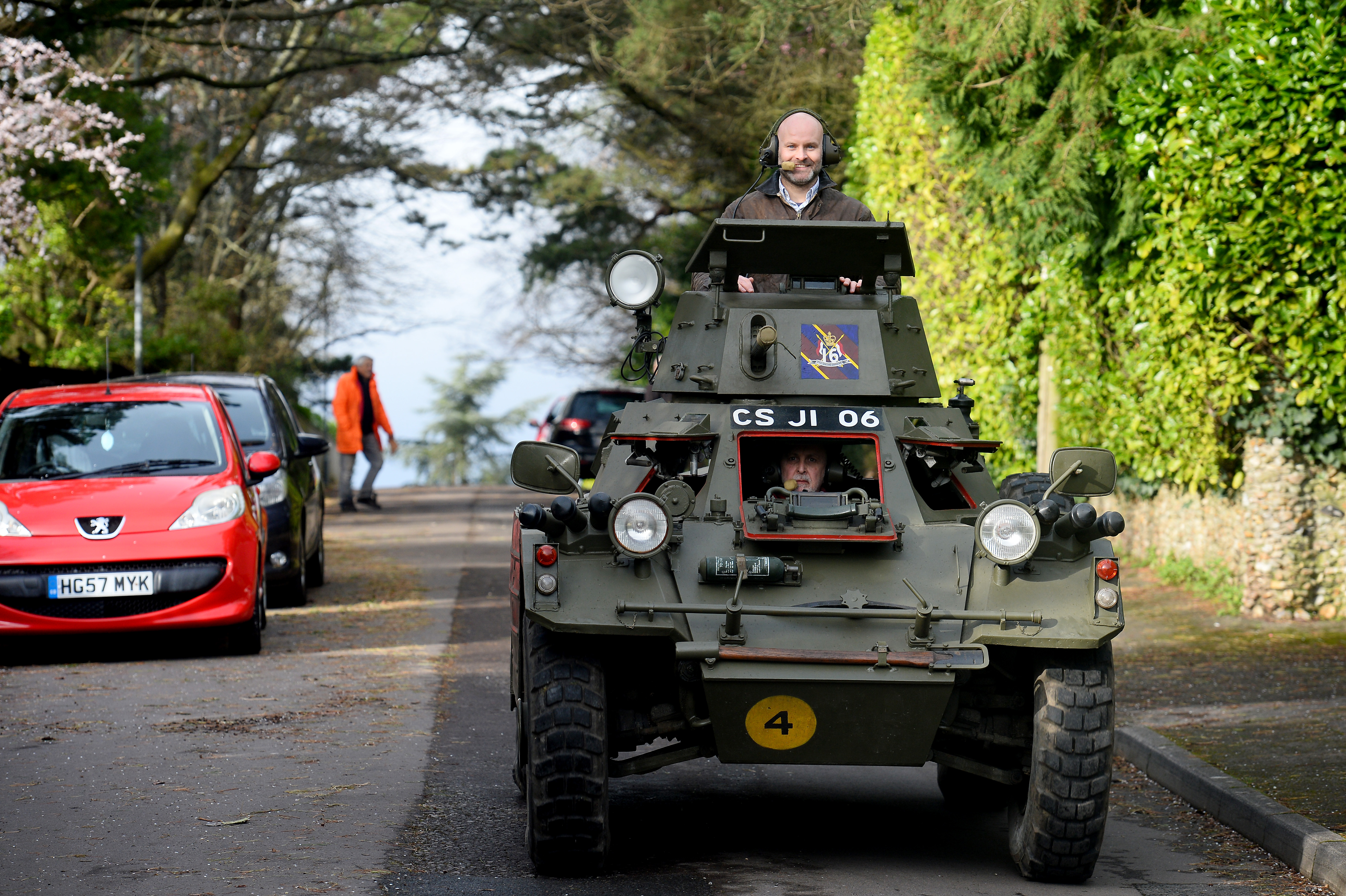 Built by Daimler, the scout car was used by the British Army of the Rhine in Germany during the 1960s and 1970s.

After it decommissioned in the 1990s, the model was picked up by private collector Andrew Adams.

The hulking motor was originally equipped with a machine gun on its turret to protect occupants, but has since been replaced with a replica.

It boasts a 4.25-litre Rolls Royce engine that can propel it to speeds of 50mph, with the vehicle only having 7,000 miles on the clock. 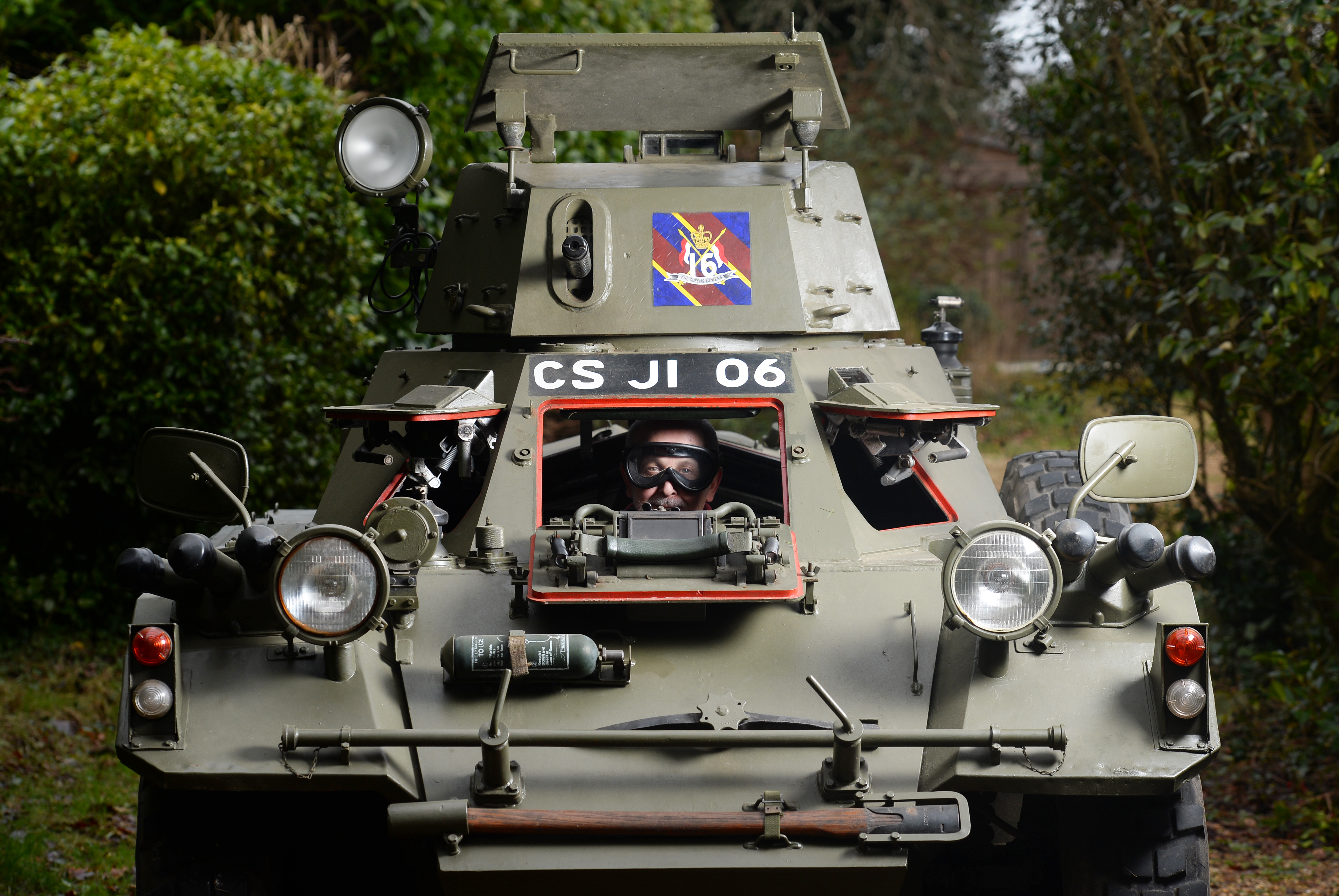 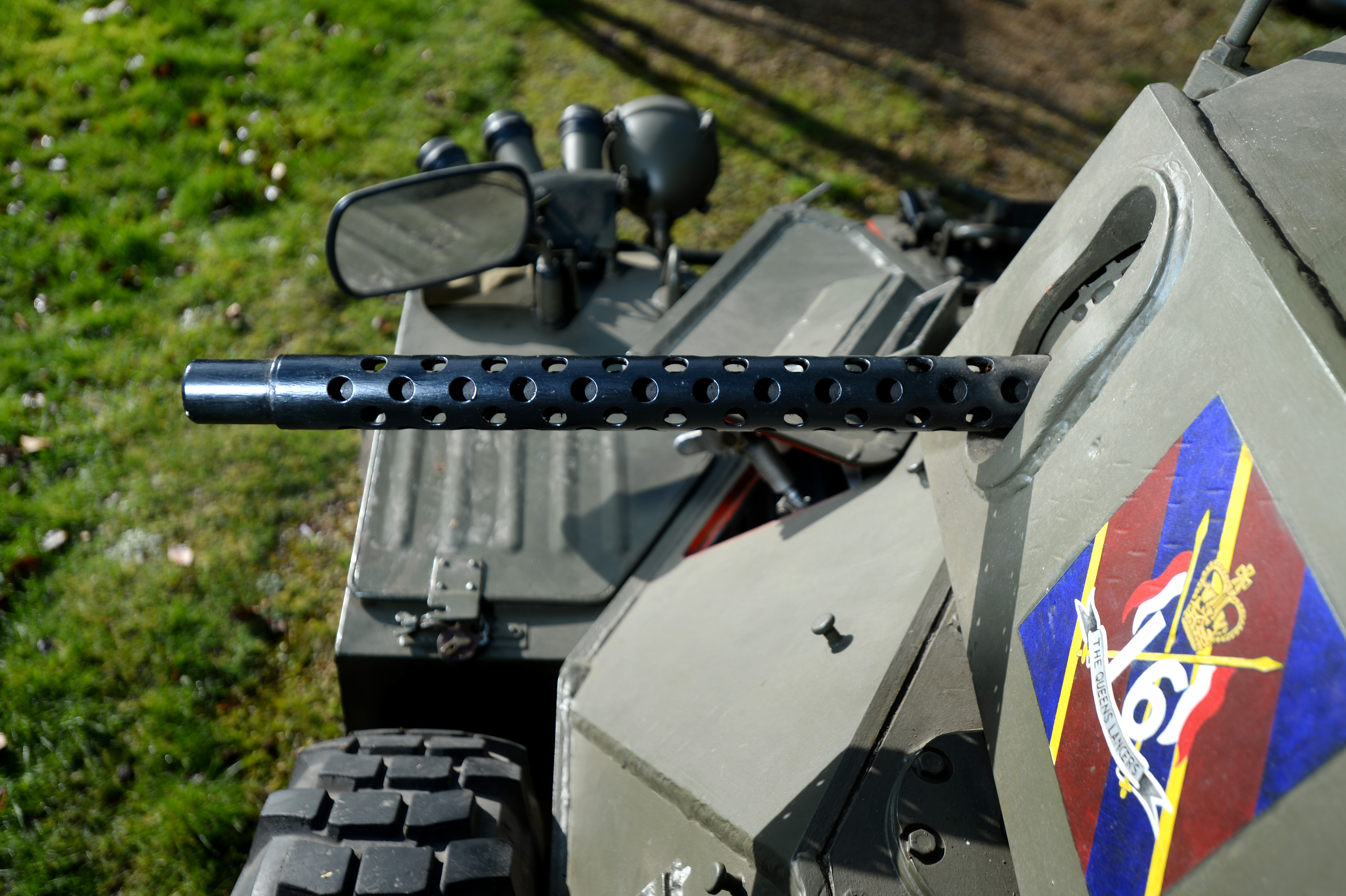 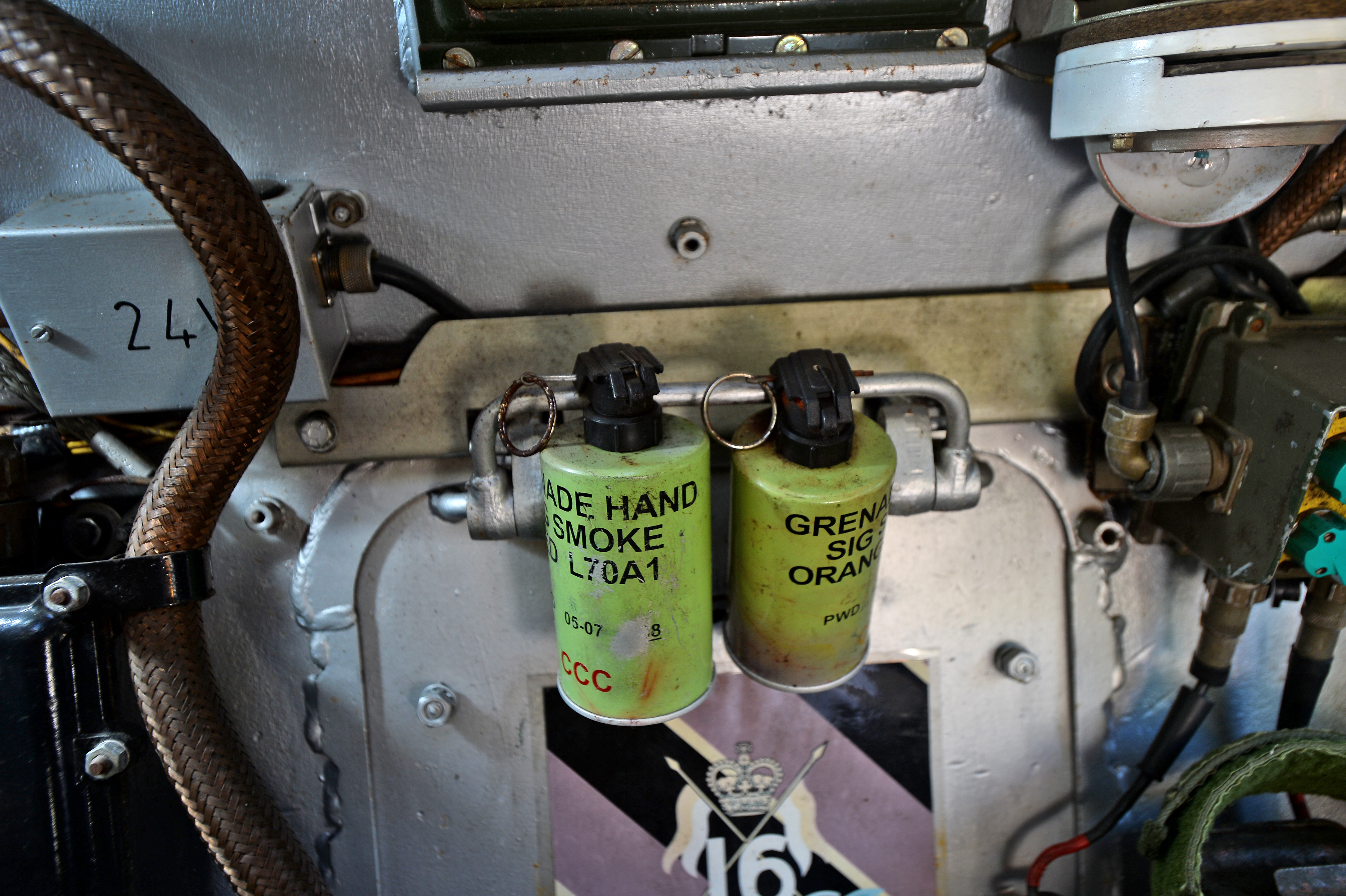 The tank is even classified as a classic vehicle, meaning it's tax exempt and doesn't require an MOT certificate.

The driver sits in a seat low to the ground with a front hatch to look through, while the passenger can peak through the turret.

The four-tonne machine is expected to get plenty of interest when it goes up for auction in May.

Ned Cowell, arms and armour expert at Woolley and Wallis Auctioneers, said: "It is enormous fun to drive and is remarkably easy.

"The interior is fairly compact and you are surrounded by a lot of metal. There is a holder for maps and smoke grenades right next to the driver.

"The steering wheel position is slightly above you and points down at your lap and you have a hatch on three sides of you to look out of.

"But if you are under attack you can pull the hatch up and look through vision slits to drive. 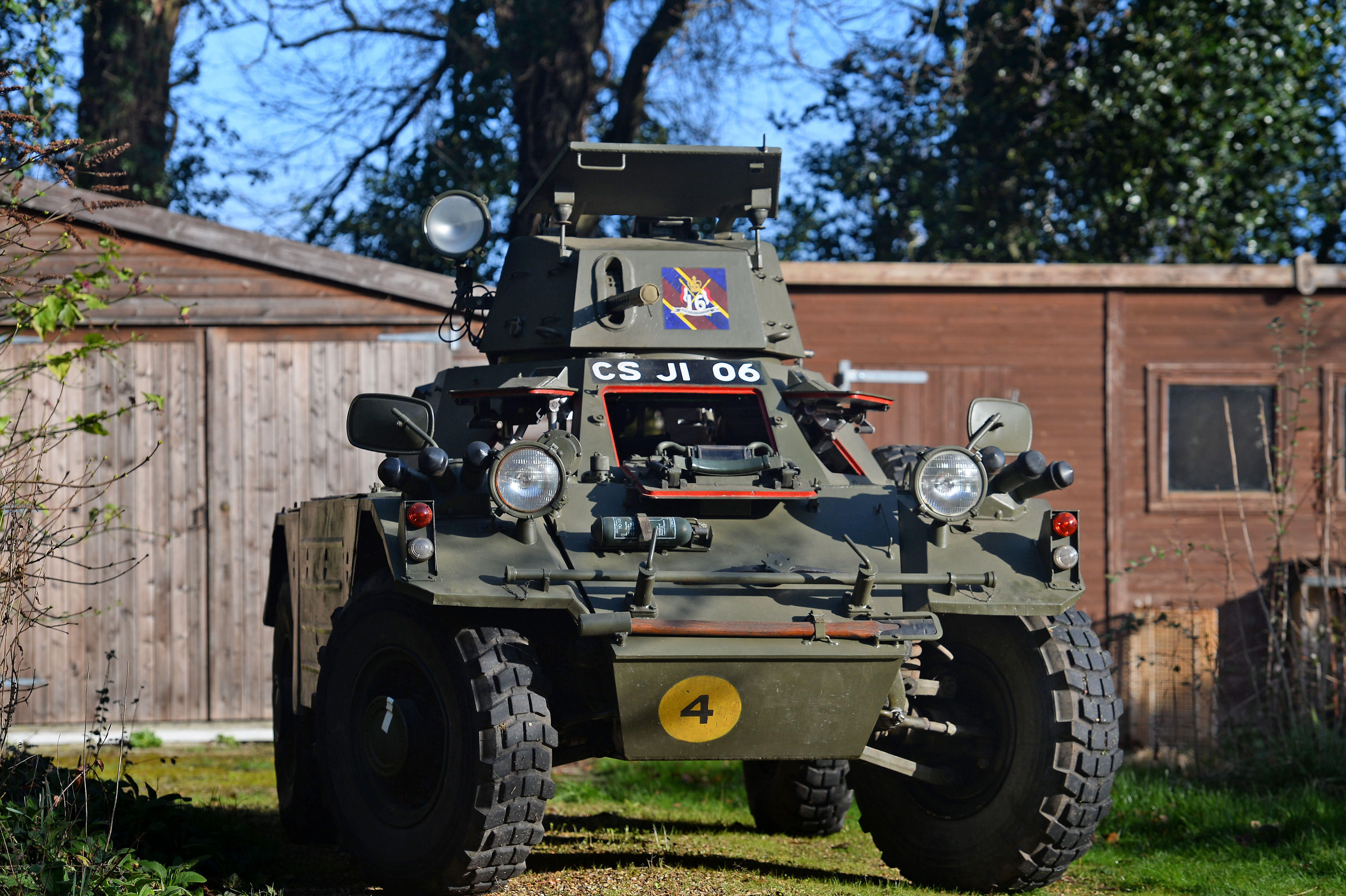 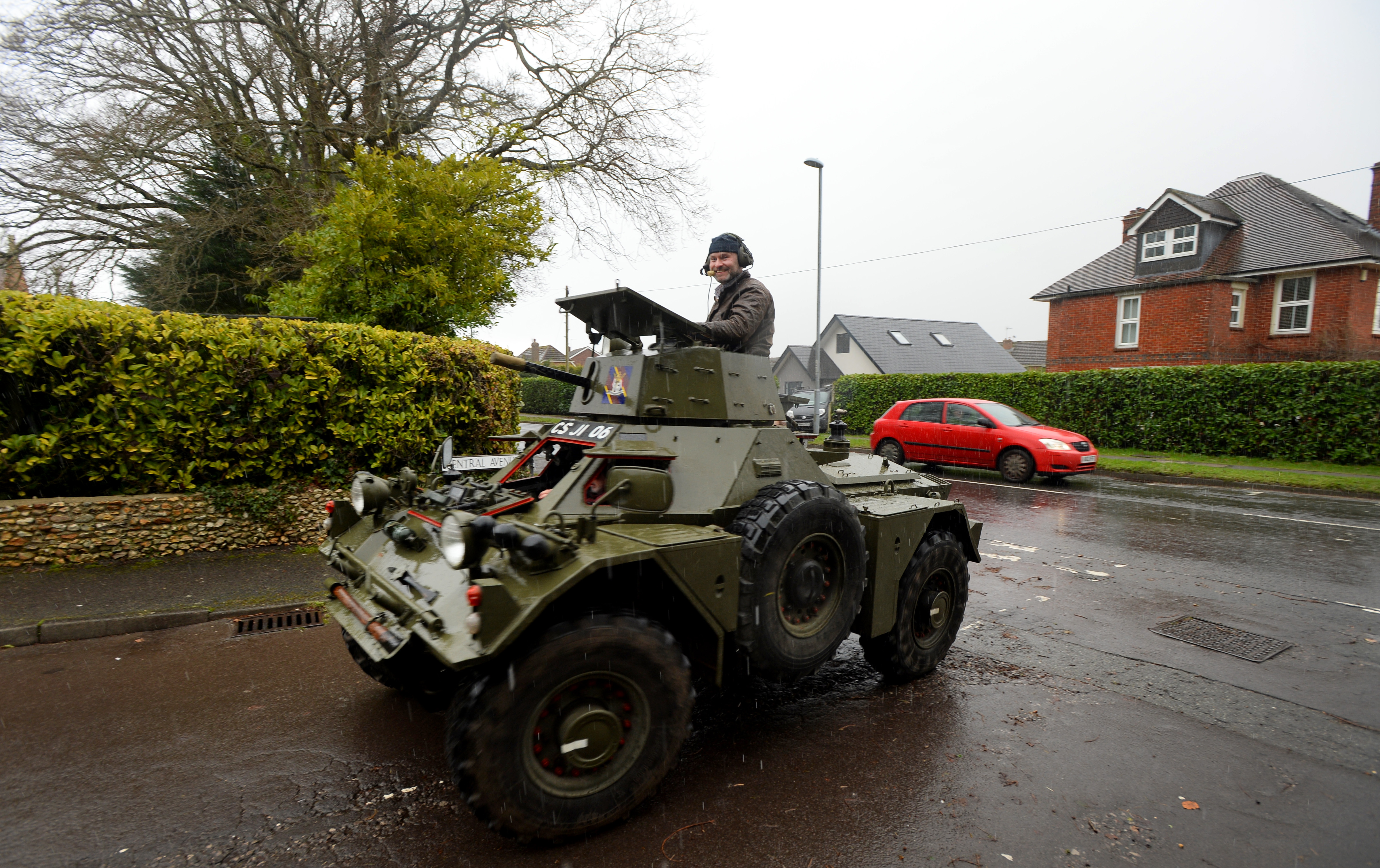 "It is a bit noisy but is probably just as loud as a tractor.

"It a military vehicle that is now accessible to normal people to own without having to have a massive private estate to drive it on.

"It is road legal and is not too big to handle on ordinary roads. It would certainly turn a few heads if you drove it into your local supermarket car park."