Profit Estimates Do a Weird Thing: Hold Up Amid Earnings Season 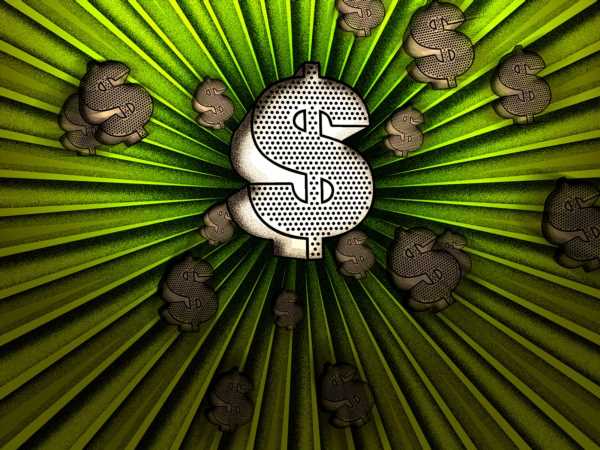 Traditional indicators have suddenly stopped mattering in a stock market driven by global health concerns, for good reason. They can say little of value in assessing the worsening toll of the coronavirus.

Should they start carrying weight again, investors will want to examine a little-noticed earnings trend that bodes well for bulls. Halfway into earnings season, analyst forecasts for S&P 500 profits are holding remarkably steady.

At $175.30 a share, their2020 estimate is down just 0.1% from three weeks ago. Sure, it fell. But almost always during earnings the decline is much larger, as analysts align their rosy outlooks with emerging reality. Apart from 2018, when President Donald Trump’s tax cuts unleashed windfalls for companies, profit estimates for the next 12 months have fallen an average 1.3% in earnings season over the past five years.

Steady forecasts are of particular importance after 2019, in which earnings stagnated and investors were forced to pin their hopes on a rebound in 2020. They’re also potentially a rebuttal to skeptics who say last year’s $7 trillion rally was driven only by monetary stimulus and that estimates still need to fall. For now, that bearish case isn’t playing out.

“The global economy is starting to show some green shoots and more stabilization versus three or six months ago. The forecasts are taking that into account,” Michael Ball, managing director of Denver-based Weatherstone Capital Management Inc., said by phone. “As you have coronavirus happening, shedding more concerns on markets, the fact that you have strong offsetting positive is helpful.”

Needless to say after Friday’s drubbing, the market is vulnerable to shocks as the coronavirus spreads, probably more so since stocks trade at valuations near a 17-year high. The S&P 500 dropped 2.1% over five days for the worst week since August. The Dow Jones Industrial Average erased its yearly gains after a 2.5% slide.

Throughout, bulls have tried to derive support from earnings, with limited success. The S&P 500 tumbled 1.6% Monday as Chinese authorities extended the Lunar New Year break by three days amid the virus crisis. The next day, it recouped two-thirds of the decline as traders turned focus to megacap earnings from Apple and Microsoft, both of which saw their shares rallying more than 2% after better-than-expected results.

While the S&P 500 closed Friday with another big loss, stellar earnings from Amazon helped the index stay above its 50-day average. For now, the peak-to-trough decline is a relatively compact 3%.

Among S&P 500 companies that have announced fourth-quarter results, 71% have beaten profit estimates, in line with the 10-year average, data compiled by Bloomberg Intelligence show. What had been forecast to be a 1.9% decline in earninngs is now on the verge of turning positive.

Meanwhile, companies are getting more optimistic, according to Bank of America strategists led by Savita Subramanian who keep track of conference calls. By their count of early weeks of reporting, management mentions of “better“ or “stronger” outnumbered “worse” or “weaker” by a ratio of about 3-to-1, the best showing in two years.

Subramanian attributed the buoyant sentiment to easing trade tensions with China. Indeed, some leading gauges on the economy are pointing to a pickup in momentum. The Bloomberg economic surveys & business cycle indicators surprise index just ended nine months of being stuck below zero, or missing economists’ estimates.

The surprise measure for leading indicators has historically shown a close relationship to factory data and its breakout suggested that an update on the Institute for Supply Management’s purchasing managers’ index, due Monday, will show an end to months of manufacturing contractions, according to Michael Kantrowitz, head of portfolio strategy at Cornerstone Macro LLC.

“While we can’t forecast/model virus fears, we can forecast economic trends,” Kantrowitz said. “This should support cyclical sectors and continue to lift S&P 500 earnings expectations.”