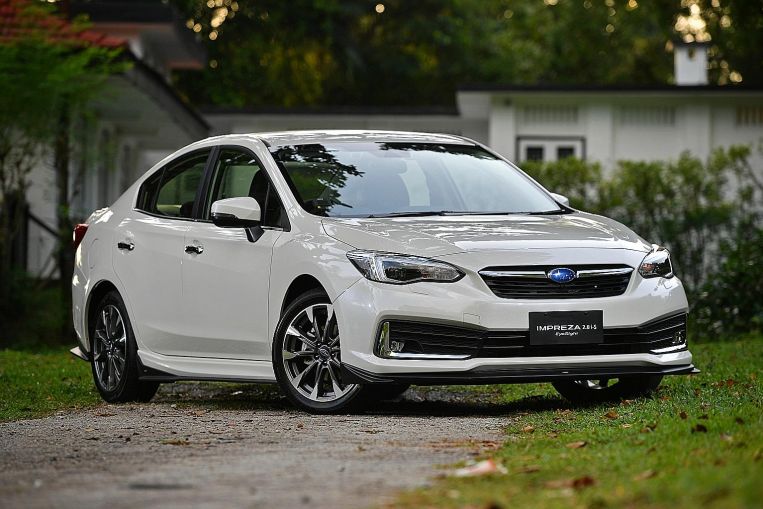 Subaru has sold more than three million units of its Impreza since the first generation was launched in 1992. The fifth-generation car, which was launched three years ago, has just been given a facelift.

And the makeover is timely, as rivals such as Mazda and Toyota have rolled out some impressive cars in the past year.

The Impreza has always exuded a quiet elegance, but the cosmetic enhancements will go some way in fending off more youthful competition.

Changes include new LED headlights, radiator grille, fog lamps and a front bumper with a lower grille that now stretches across its entire width.

The car also wears new 17-inch wheels to complete the transformation. Petrolheads have the option to top up for STI accessories, such as the front bumper lip, side skirts and boot lip spoiler which came with the test car. STI stands for Subaru Technica International and is Subaru’s high-performance tuning and motorsport division.

It takes a keen eye to spot the difference on the inside. But that is not necessarily a bad thing. With three screens that comprise the meter display, multi-function display and infotainment system, it still looks avant garde today.

The 8-inch infotainment system now comes with Apple Carplay and Android Auto. The hood of the multi-function display is finished with high-quality stitching. And the air-conditioning panel is in glossy black.

These revisions improve a plush cabin that already feels premium to begin with. Where the Mazda 3 charms with its exquisitely neat cockpit, the Impreza impresses with its array of digital displays and equipment.

Its spacious cabin will allow four tall adults to complete a long road trip without complaints. There is also enough room for luggage, with a boot capacity of 460 litres, 16 litres more than that of the Mazda 3 sedan.

Packing the same 2-litre Boxer engine that churns out 154bhp and 196Nm of torque, the Impreza clocks the century sprint in 9.8 seconds, reasonable for a family sedan that tips the scales at 1,409kg.

The naturally aspirated car will not win any drag race, but has enough pace to please most drivers. Coupled with a silky smooth continuously variable transmission, it delivers a fuss-free city drive.

Its steering is sharp and responsive and the car handles well. No surprises here as handling has always been Subaru’s strong suit. And its latest platform serves up excellent ride and handling qualities.

Along the winding South Buona Vista Road, the car negotiates corners with confidence. Turn on Sport mode for a zippy ride.

Watch the right foot, though, as the Impreza can be a thirsty car. A poorer-than-expected economy of 10.1 litres /100km (rather far off the stated 6.6 litres) was achieved with a mix of city and highway driving.

Still, at $94,800, the Impreza is good value for money. It has retained noteworthy features such as Eyesight, a driver assist system which uses two cameras to enable adaptive cruise control and warns against lane departures and impending collisions.

The Impreza has one last surprise: a new Rear Seat Reminder – if a rear door is open prior to the start of a journey, the system will flash after the ignition is switched off. It proved to be a useful feature as I almost left an expensive camera behind.