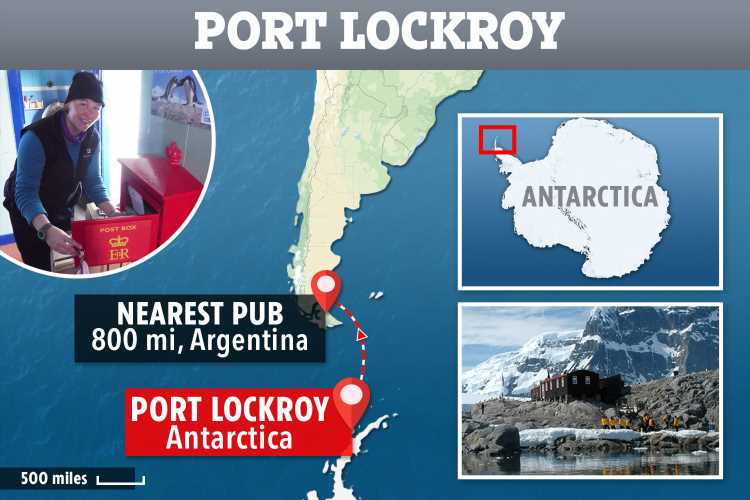 AT THE northern tip of Antarctica, 800 miles from the nearest pub, lies the world's most southerly Post Office – and they're hiring.

Port Lockroy, a former British outpost and now an Antarctic research station, has no running water and lies on an isolated island about the size of a primary school playing field. 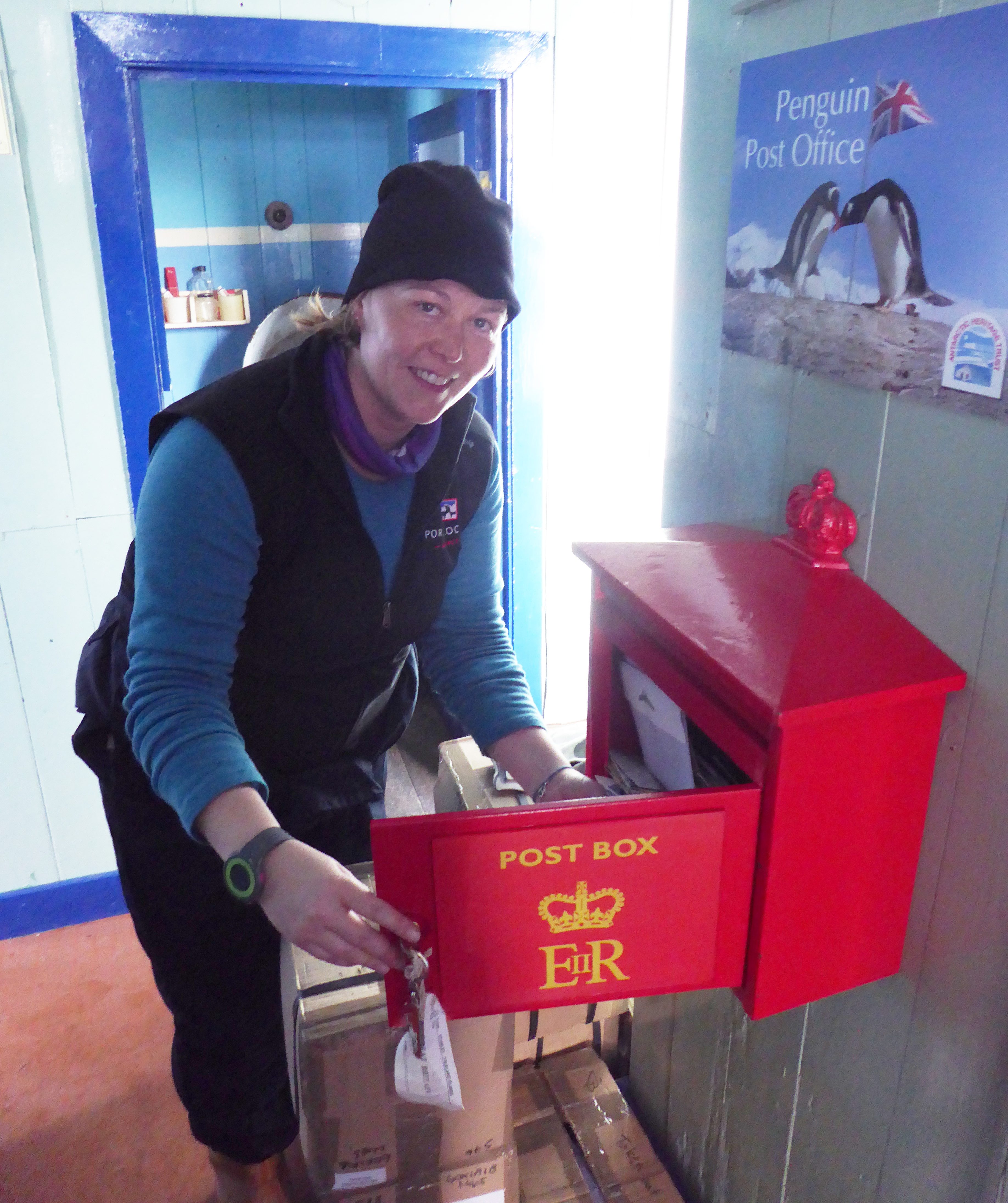 A team of four adventurers live there for a few months each year tasked with running the Post Office and keeping an eye on the 2,000 gentoo penguins that inhabit the island.

With workers bracing frigid -10C temperatures and sometimes going days without a wash, you might ask who'd be mad enough to take a job there.

Step in Laura MacNeil: A librarian based in Edinburgh who describes her stint at Lockroy as a "once in a lifetime trip".

Running the base's gift shop between November 2016 and March 2017, Laura, 40, admits she had a few tough moments at the site on Antarctica's Goudier Island. 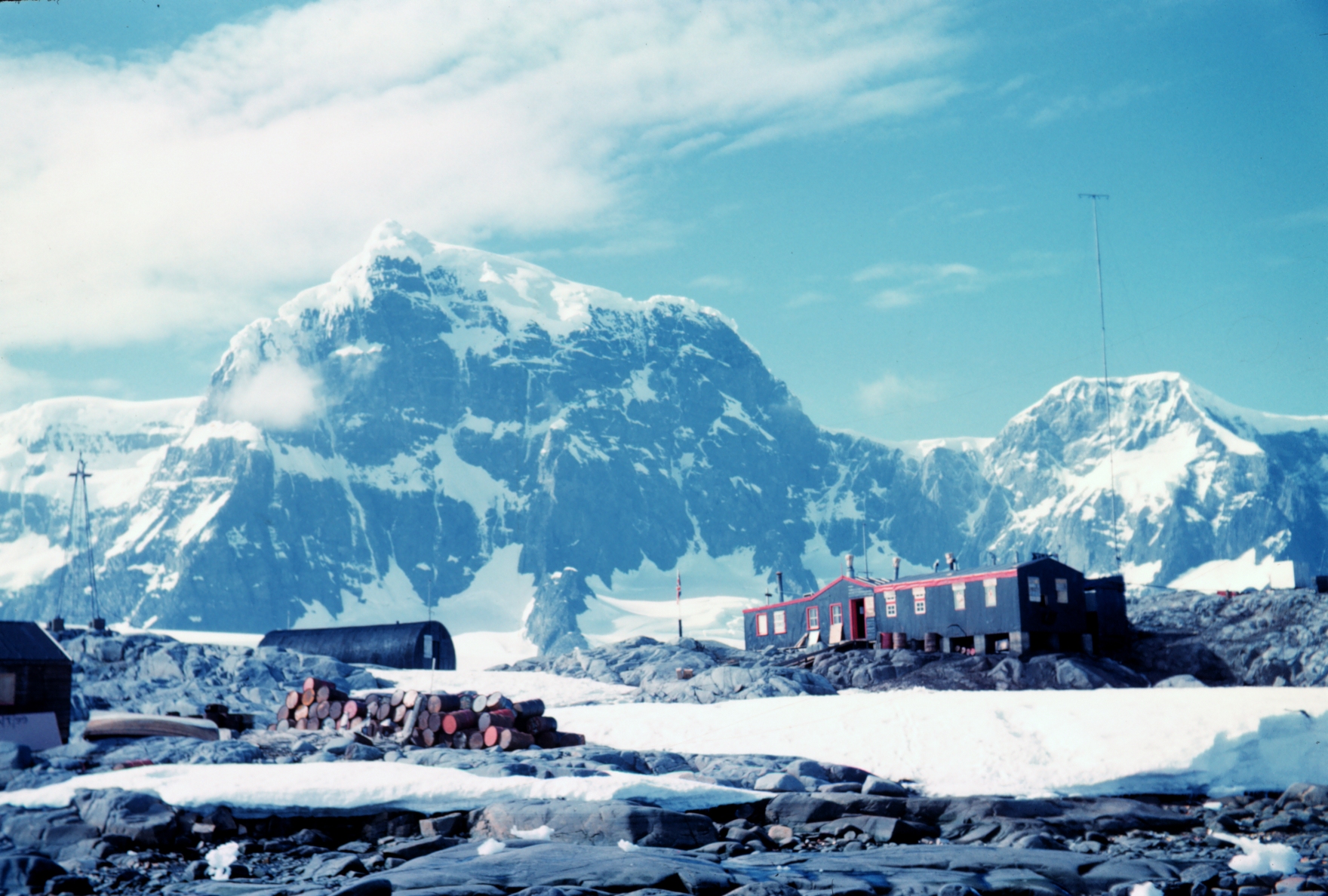 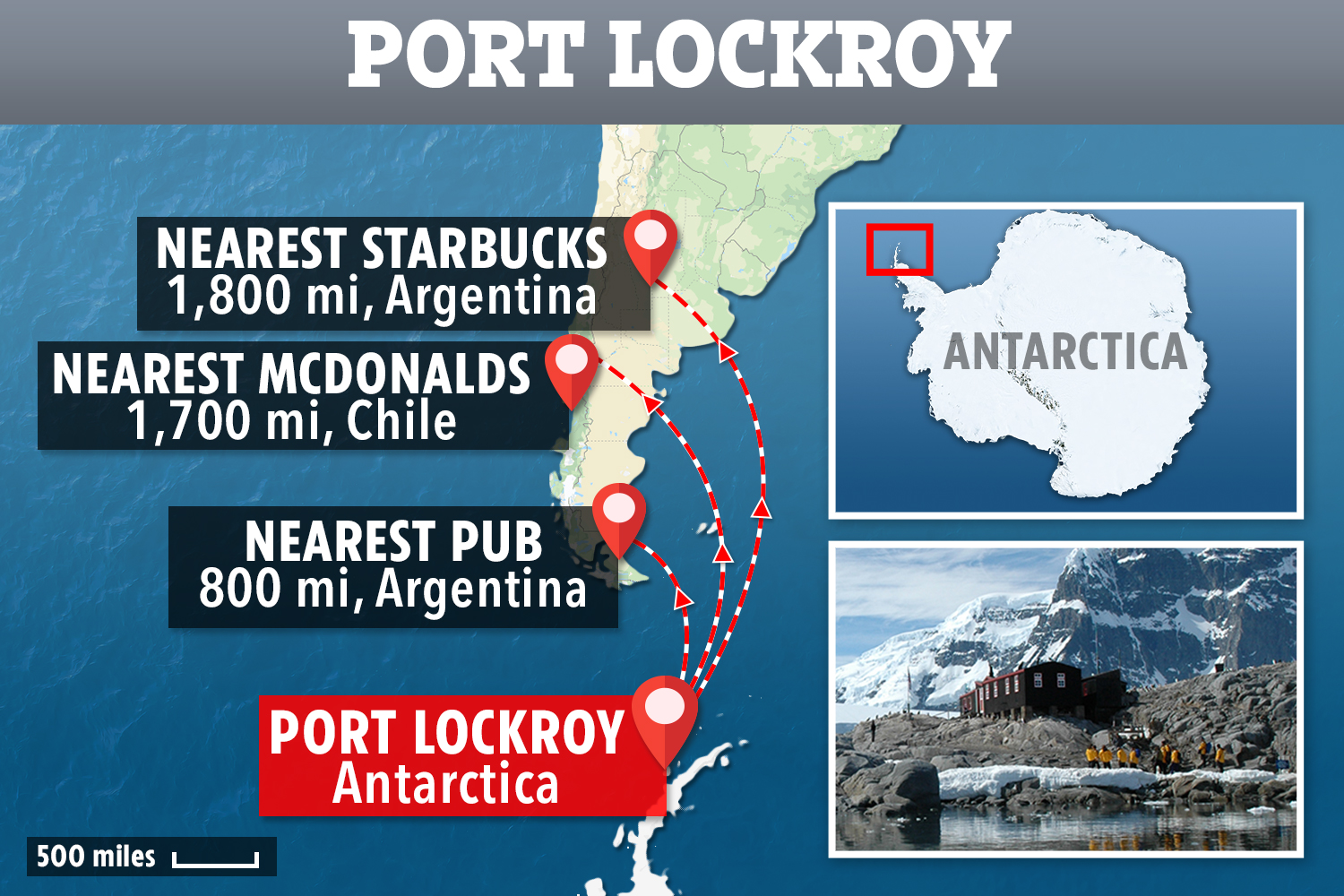 "On a daily basis, everything's just a little bit harder than usual," she told The Sun.

"We didn't have a means of electricity, we didn't have running water. Sometimes you might not have a shower for five or six days.

"The island is the size of a football field, and we only had access to half of it as the other half was cut off for a penguin study," she added. "You didn’t walk very far because it was so small."

"You smell a lot too, because of the penguins. You really absorb the smell."

Port Lockroy is run and maintained by the UK Antarctic Heritage Trust (UKAHT), a charity that conserves historic buildings and artefacts in Antarctica. 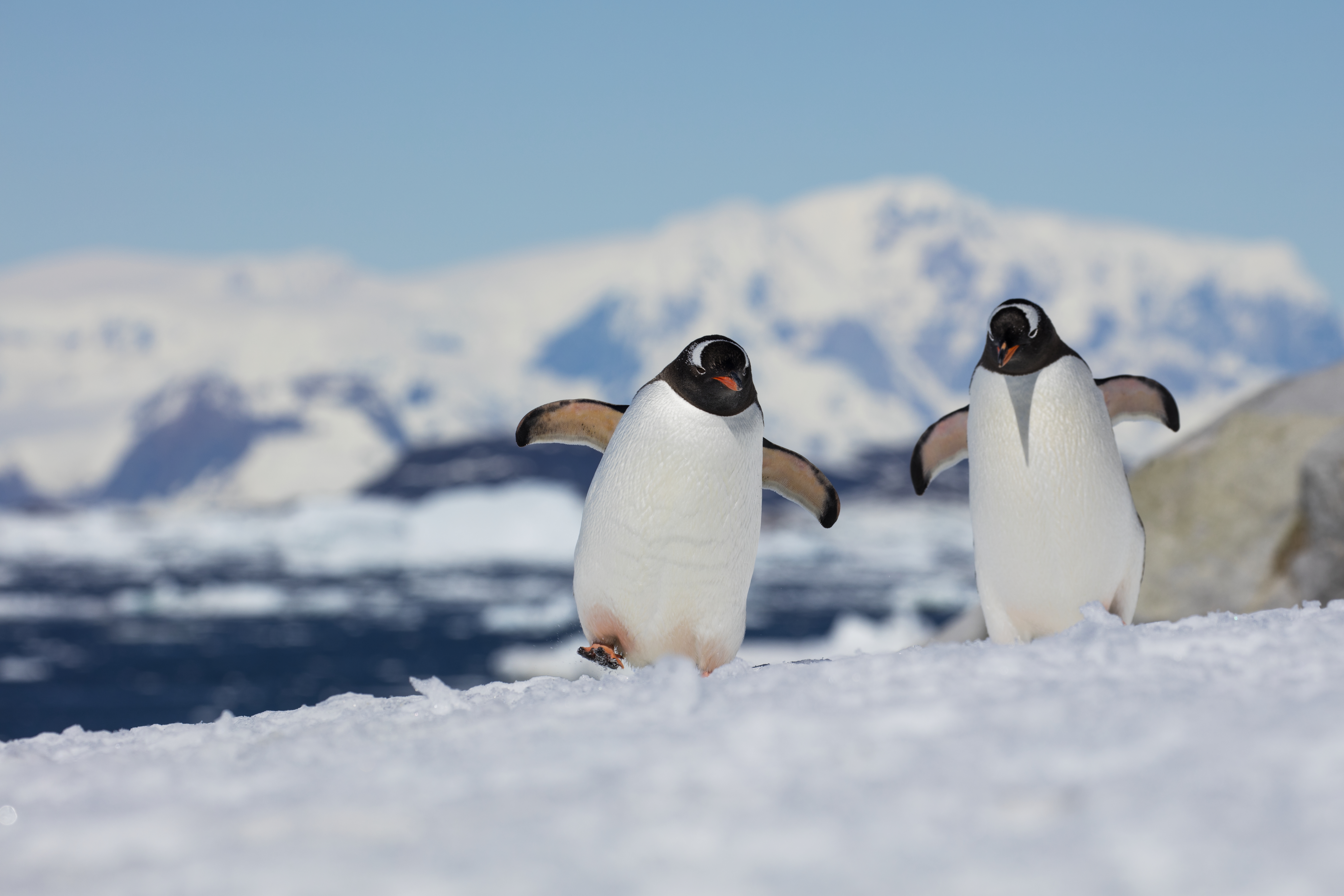 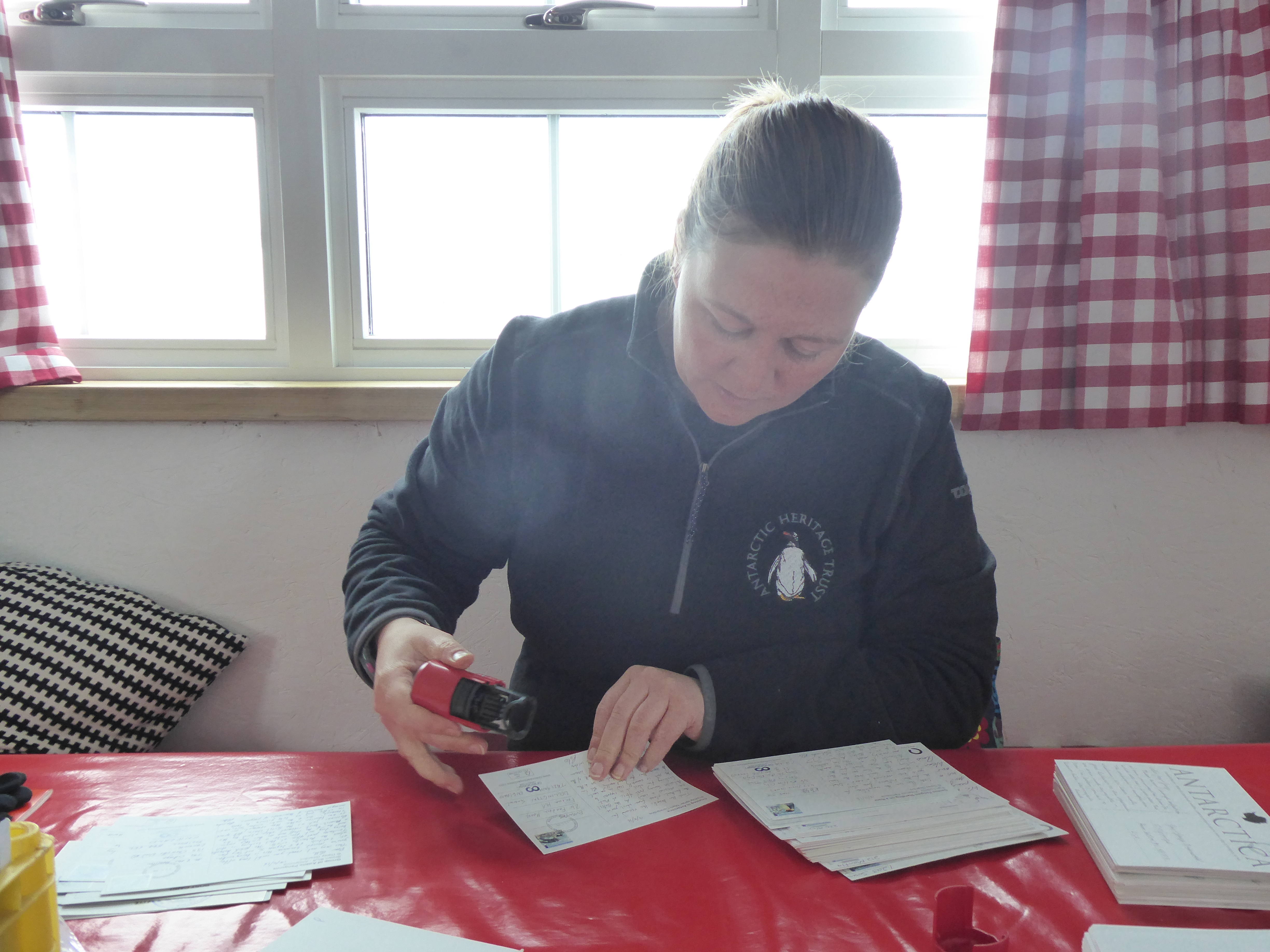 Money made from the thousands of tourists who visit the base each year goes towards preserving other historic British sites across the White Continent.

Laura said she spotted an opening at the centre online and quickly made it through to the Trust's two-day selection camp, which she aced.

"I had been fascinated with the Antarctic for a long time but the tourist cruises were too pricey," Laura told The Sun.

"A lot of the jobs out there are science-based but this one wasn't."

While most people supported her, Laura admits that some of her friends thought she was "crazy". 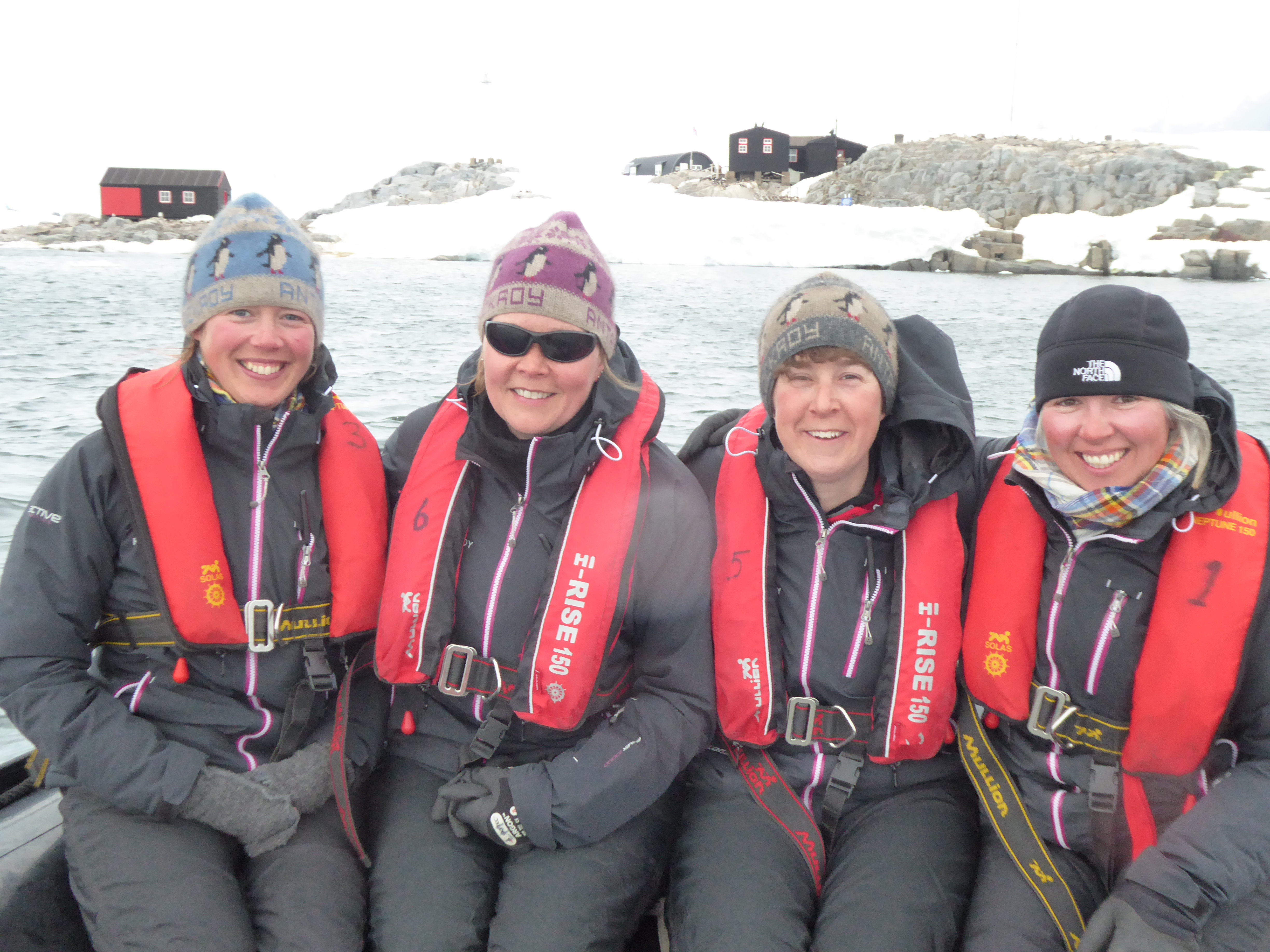 It takes almost a week to travel to Lockroy from the UK.

First you catch a 24-hour flight to Ushuaia, a city on the southern tip of Argentina, before hopping on a boat for a four-day voyage to Antarctica.

Once there, the UKAHT team sets up at Lockroy and awaits the arrival of hoards of tourists – as many as 350 a day aboard a cavalry of cruise ships.

"We had quite long days," Laura admits. "If we had a ship visit scheduled we would be on board at six in the morning to give the visitors a briefing.

"Each ship visit would normally last for two hours with around 60 people on the island at any one time.

"Over the course of the season [Antarctica's summer, which runs from November to March] we probably went through 17,000 tourists."

Port Lockroy is 800 miles from the nearest city (Ushuaia, regarded as the world's southernmost city) and was built in 1944 as the first permanent British base on the Antarctic Peninsula. 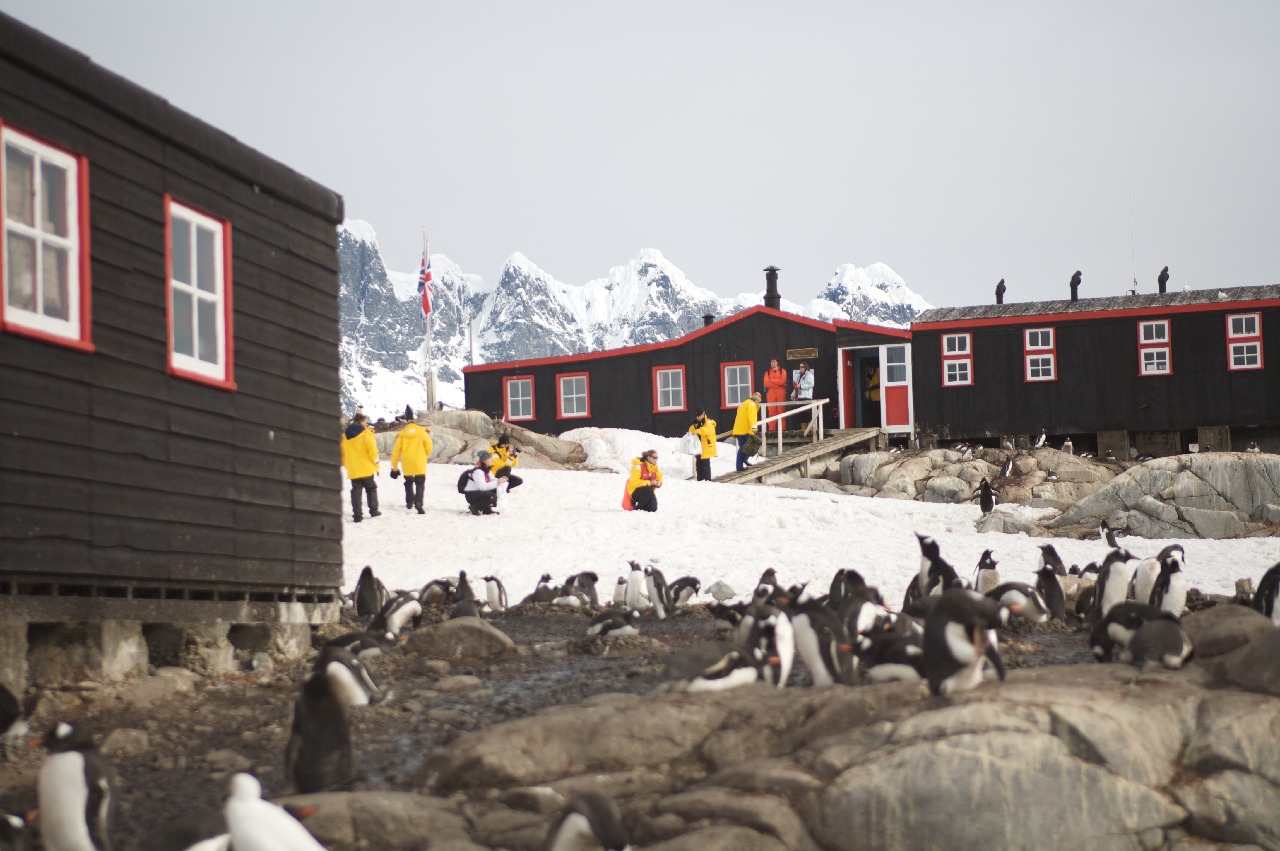 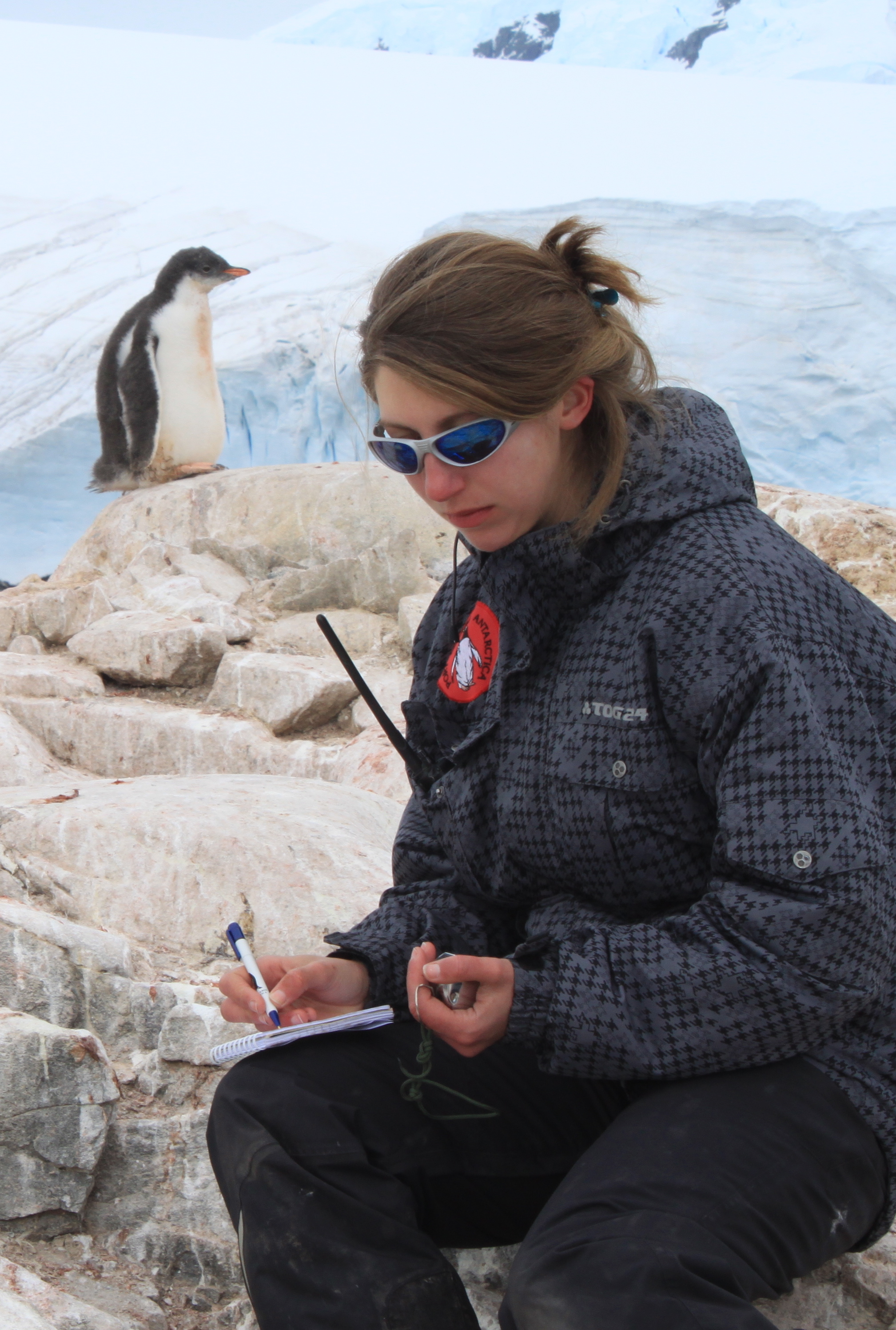 It served as a home for explorers, whalers and scientists for almost two decades until it was abandoned in 1962 when research began to move to larger and more modern bases.

The site was restored in the 1990s due to its historical significance and since 2006 has acted as a "living museum" for visitors from across the globe.

Only opening during Antarctica's summer months, when sea ice is thin enough for ships to reach the base, it's down to a skeleton team to maintain operations.

The UKAHT, which just opened up positions for this year's cohort, describes the role as a "challenging job suited only to a select few".

"Each year we recruit a team of four people to work at Port Lockroy for the summer season to promote the legacy of British scientists and explorers," UKAHT writes on its website. 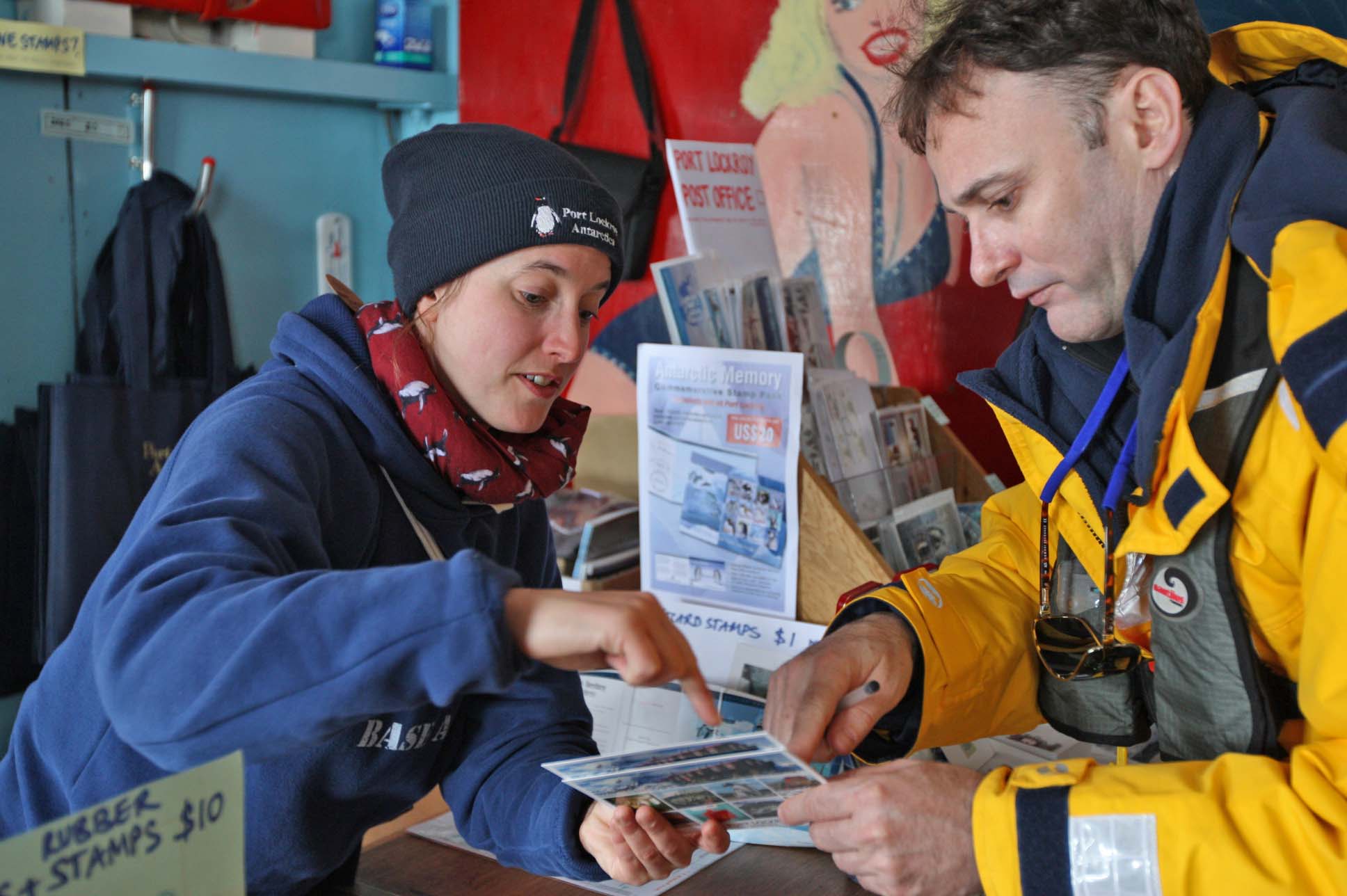 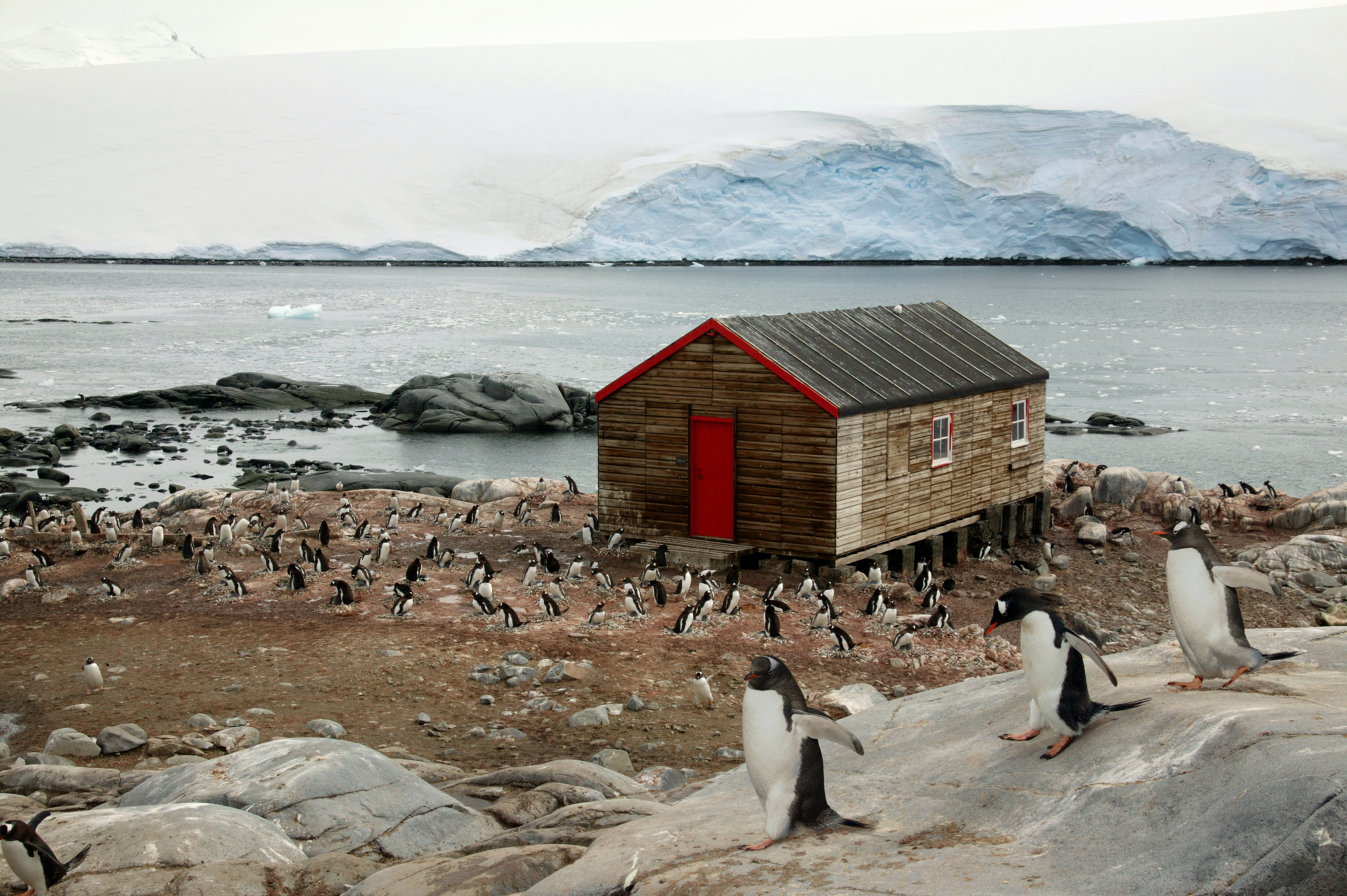 While Antarctic tourism can help educate the masses about conservation efforts at the South Pole, it also has a darker side.

A handful of scientists decry the skyrocketing volume of people heading to the region, where annual visitor numbers recently hit 50,000.

The ecosystem is delicate, and it's worried that too many tourists will disrupt the delicate balance it has.

Pollution is also an issue. In 2007, a ship carrying 150 passengers on a 19-day cruise off Antarctica struck an iceberg and sank.

All stranded crew and tourists were rescued shortly after but the accident hurled a mile-long diesel fuel spill across the continent's icy waters. 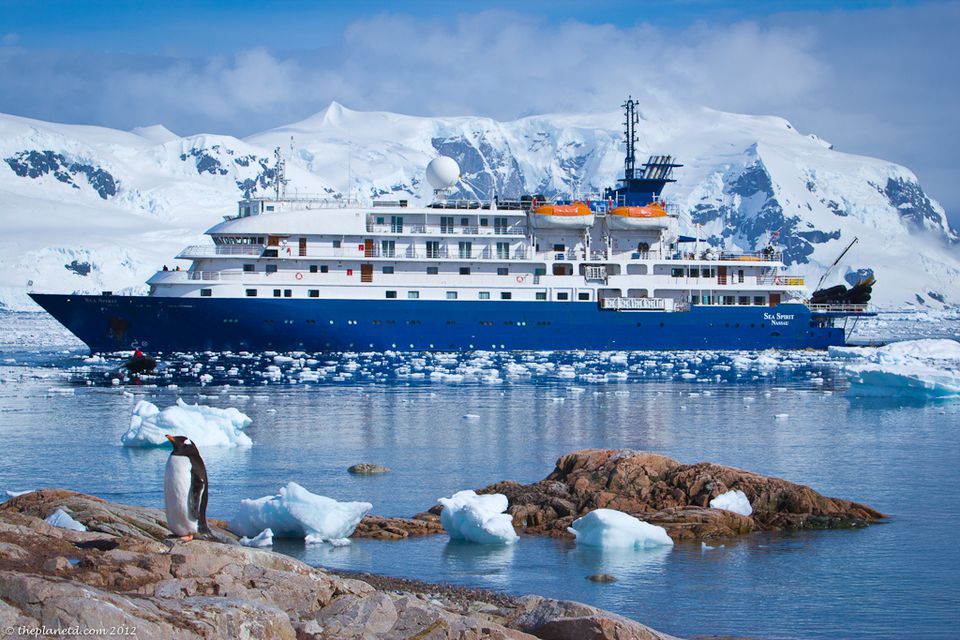 The handful of tourism companies that visit the frigid continent argue they're heavily regulated by the Antarctic Treaty.

As well as a cap on the number of people who can visit in a day, the treaty enforces that noise is kept to a minimum and wildlife remains undisturbed.

A UKAHT spokesperson told The Sun: "Environmental responsibility and education is at the very core of all tourism in Antarctica.

"As a protected wilderness all visits, whether tourist or in support of science, are strictly regulated under the Antarctic Treaty and associated protocols." 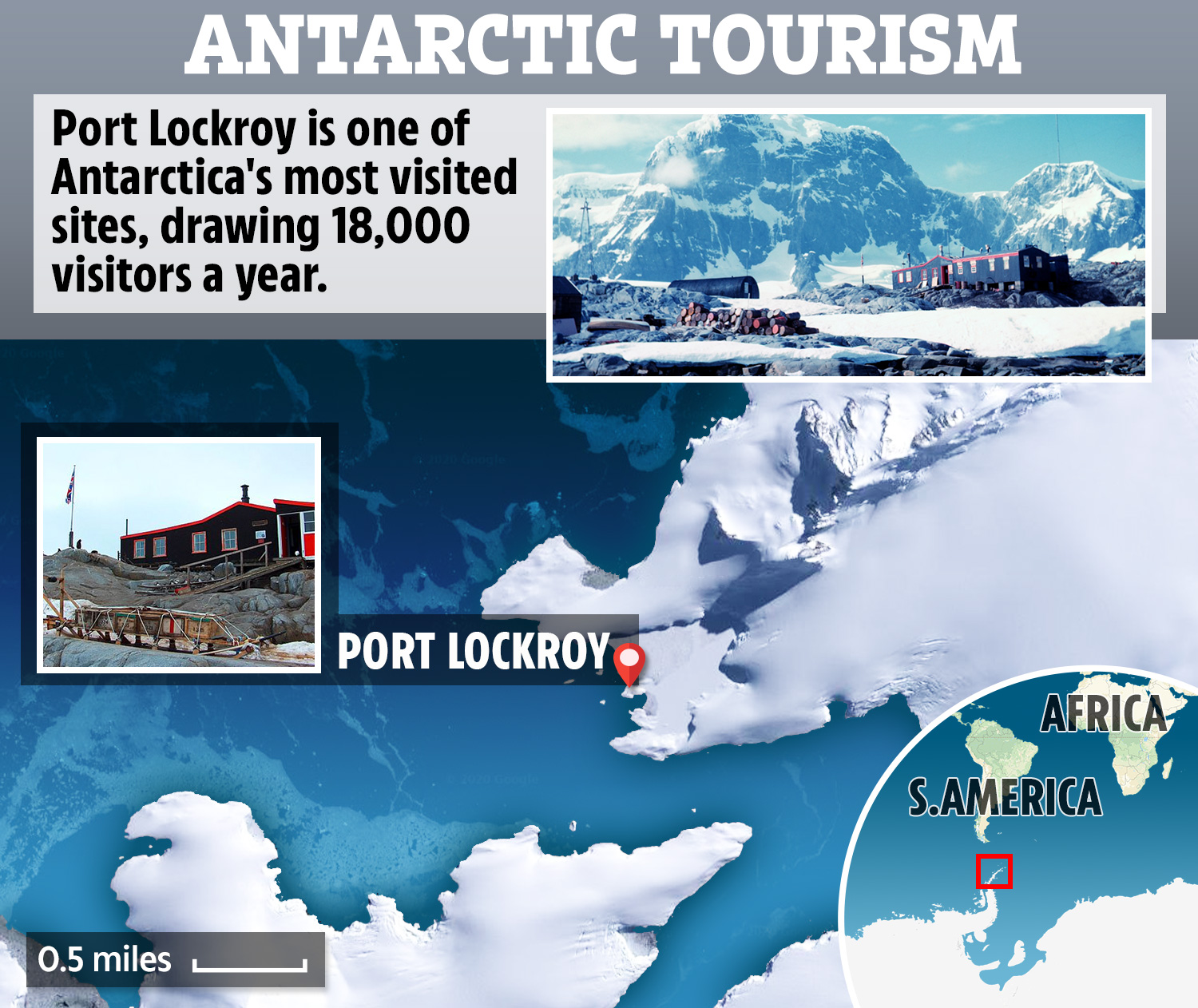 Once in a lifetime

The Trust is on the hunt for someone to look after its gift shop in Port Lockroy, starting in November.

Normally to spend any time on Antarctica you would have to be a research scientist, but what the Trust needs is someone with retail experience (though you'll also have to shovel penguin poo every now and then).

The job pays £1,150 per month (or £4,600‬ across the four-month trip), with all your food, accommodation and "special clothing" included.

That might not sound a lot, but as one UKAHT spokesperson told The Sun: "To put it mildly, there's not much to spend your money on out there, so it's not a bad deal all in all."

Port Lockroy – How to apply for a job

For Laura, the trip was less about the cash and more about experiencing one of the last remaining patches of Earth almost untouched by humanity.

"The penguins were the best thing about the trip," she told The Sun. "Being in such close proximity to them was amazing.

"They have very few natural predators and they had no reason to be afraid of us, so they would come quite close.

"It is 100 per cent worth it and if anyone feels like they could endure the conditions, it's a once in a lifetime thing."

In other news, the first full map of a hidden continent below Antarctica was published online last month.

An iceberg the size of London recently broke off Antarctica – and it wasn't due to climate change.

And, experts think melting Antarctic ice could cause areas of the ocean to turn a "deep green" colour by 2100.

What do you think of Laura's incredible story? Let us know in the comments!